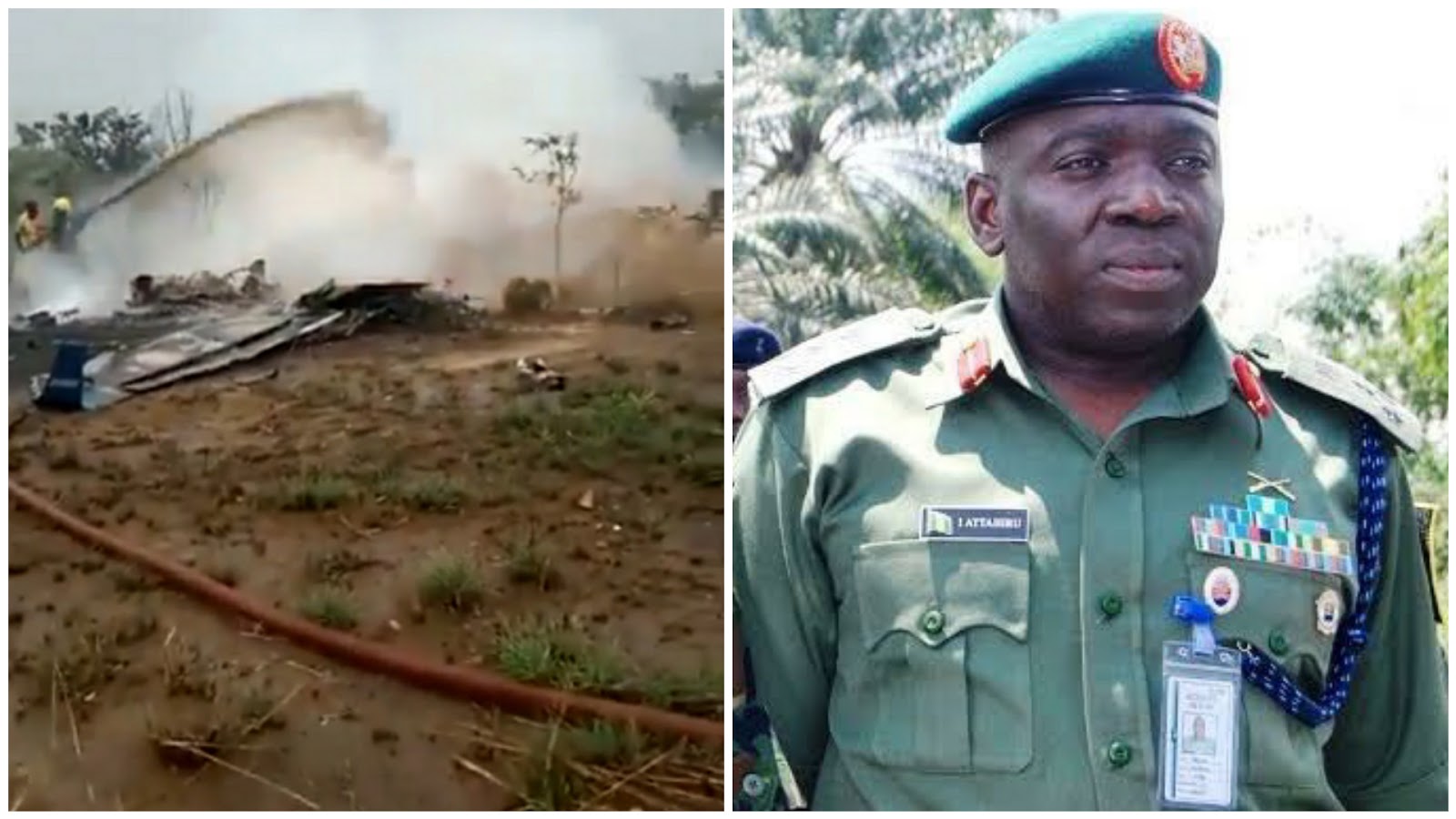 An air crash on Friday evening near the Kaduna International Airport, Kaduna State, has reportedly claimed the life of Chief of Army Staff, Lt. Gen. Ibrahim Attahiru. The Ill-fated Nigerian Airforce aircraft fergie001 was said to have crash-landed due to weather conditions and heavy rain while approaching the airport’s runway. The incident, which was said to have occurred about 6 pm also claimed the lives of eight other persons onboard.

The crash has been confirmed by the Nigerian Airforce Director of Public Relations and Information, Air Commodore Edward Gabkwet but he did not disclose the identities of the officers on board the aircraft. Local sources blamed the unfortunate incident on bad weather and thick cloud during the Friday evening rainfall.