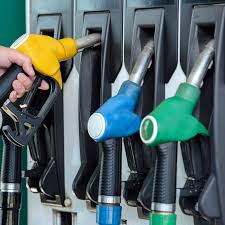 Civil Society Organisation (CSOs) and Professionals from the various facets of life have continued to throw weight behind the Federal Government over the removal of subsidies, saying though the present cabinet is partly responsible for the current economic woes. The statement was issued in a communiqué after a one-day national town hall meeting conducted on “removal of Fuel Subsidy” held in Abuja arguing that over the years the subsidy saga has been shrouded in lack of transparency by the peddlers void of accountability which has continued to take up to N250 billion from government pause every month.

The communiqué was signed by the chairman of the group, Isah Abubakar, Joe Moses and two other officials shortly after the meeting on Sunday, saying if the removal is successfully carried out, it would facilitate the implementation of the year 2022 National budget with little borrowing.

The communiqué partly reads, “The Coalition of Civil Society Organisations and professionals drawn from various parts of the country met on Sunday 9th January 2022 for a “National Town Hall Meeting on Removal of Petroleum Subsidy”.

“The National Town Hall Meeting on Removal of Petroleum Subsidy has observed that the petroleum subsidy regime which has existed for decades has been without transparency, credibility and accountability in the process leading to payments of claims to the so-called beneficiaries of the arrangement.

“The town hall meeting observed that the monthly payment of over N250 billion monthly has done serious damage to the economy and for decades, the financial burden has retarded the growth and development of the country and if the trend is not reversed, it would continue to regenerate the nation’s revenue until the economy would have been irrevocably damaged.”

The CSOs noted that the subsidy was responsible for fuel smuggling across the borders, arguing that, if ended, the smuggling challenge would reduce, adding that the subsidy should be completely removed to allow fresh breath in the country.

The statement continues, “That the town hall meeting observed that the petroleum subsidy was responsible for fuel smuggling across the neighbouring countries, such as Benin Republic, Niger, Chad and Cameroon. The situation would abate to a large extent if the fuel subsidy regime is abolished and would also strengthen the availability of fuel in the downstream sector of the economy.

“The Town Hall Meeting supports absolute removal of fuel subsidy and the funds in the tune of N250 billion be channelled into the development of infrastructure across the country.

“The meeting also noted and commended the Nigeria National Petroleum Limited for the construction of 28 Federal Roads across the Federation. Adding that roads are critical infrastructure, hence, if the ongoing roads are completed, the NNPC should as a matter of policy continue to plough funds into reconstruction and rehabilitation of category ‘A’ roads so as to enhance the economic development of the country.

The group applauded the Nigerian National Petroleum Corporation (NNPC) for successfully passing the petroleum industry bill (PIB) Act 2021 calling for a continued reform until the company is positioned to compete internationally.

Meanwhile, the group called o the Federal Government to channel its effort to revive the domestic refineries to the argument for domestic consumption.

Talking about the palliative, the group opined that the federal government should be prompt in payment of the palliative to cushion the effect the hardship will cause.

The organisations that were represented at the meeting include; Centre for Economic Development, Civil Society Watch, Human Rights Advocacy Group, Nigeria Policy Advocacy Centre among 78 others.