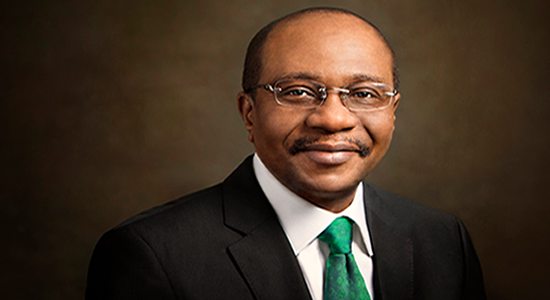 Governor of Central Bank of Nigeria, CBN, Godwin Emifele has insisted that the CBN will not shift ground on the January 31t date line for the old naira of N1000, N500, and N00 notes to seize to be a legal tender. There has been apprehension in the general public over the possibility of Nigerians being able to deposit the old naira notes into commercial banks as queues have continued to build up making bank transactions a terrible experience. This has made some concerned citizens appeal to the CBN if it may consider shifting the January 31st deadline as it appears nearly impossible to deposit all the amounts of money in circulation.

However, Emifele while speaking at the post-monetary Policy Committee, MPC, briefing of the banks in Abuja today insisted that there is no going back on the set deadline.

In his statement, “I don’t have good news for those who want the deadline of old naira to be changed because we will not move it.

“People are holding and vaulting the naira in their houses and they don’t have the license to do that, because they use it to speculate on the naira.”

The CBN boss discloses that the apex bank has so far mopped up N1.5 trillion of the old notes from circulation and hoping to make it two trillion before January 31st.

He explained, “We have pleaded with the Economic and Financial Crimes Commission (EFCC) and the Independent Corrupt Practices Commission (ICPC) not to harass anybody, and on my honor, they will not do that.”

Speaking about the speculation by some committees on stamp duty investigation, Emifele clarifies that the apex bank made N370.7 billion as stamp duty, not N89trillion as speculated by the group.

Recall, a House of Representative member, Hon. Mohammed Gudaji Kazaure has come to the media last month alleging that his committee (stamp duty) found that the CBN had 2013 to 2022 made up to N89 trillion.

An allegation that sparked mixed reactions in the general public with others refusing to believe while others believed, Kazaure said the CBN did not remit 40% of the said amount to government coffers as it ended up in private pockets.

Debunking the claim, Emifele said, “The total banking sector assets as of today is N71 trillion. The total bank deposit is N44.418trillion.so it is not possible to for stamp duty alone to clock more than rebottle bank assets and deposit.”

The CBN boss clarifies that the amount so far disbursed by the Federal Inland Revenue Service (FIRS) to the federation account is N226.4Ben, leaving a balance of N144.2Bn.