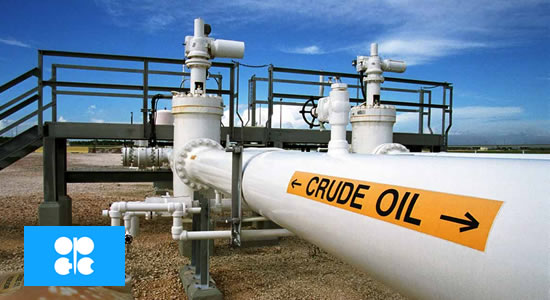 Nigerian oil production remains below 1.8 million barrels per day, in compliance with a quota set on the African nation by OPEC earlier this year in response to its explosive output growth through 2017. The Minister for Petroleum Resources, Emmanuel Ibe Kachikwu made the announcement at the Organization of Petroleum Exporting Countries’ headquarters in Vienna. The oil bloc has already agreed to extend output cuts through March 2018, although another extension may be in the works, oilPrice.com reports.

Nigeria’s 2017 budget is predicated on the assumption of 2.2 million BDP production output estimate and a benchmark of US$42.5 per barrel.  Militancy in the Niger Delta sprung from Abuja’s revenue sharing plans, which did little to develop the oil-rich lands which provide the fossil fuels that provide the federal government with the vast majority of its wealth.

But the country’s output has been in recovery since the beginning of the year, thanks largely to peace talks between Abuja and the Niger Delta’s local leaders. “The average is about 1.69 million bpd and it is getting better by the day,” Kachikwu said after a meeting of OPEC and non-OPEC ministers to review the deal. “We’ve actually joined [the OPEC agreement]. The reality is the cap we agreed on is 1.8 million bpd and as long as we are producing below that, we are already in it.”

During parts of 2016, major pipelines and oil fields were pushed into force majeure due to attacks by the Niger Delta Avengers and affiliated groups. Kachikwu said none of the facilities still held the special status, which allows companies to be late on their contractual goals due to unforeseen obstacles.

“At lot of it is infrastructure,” he said. “A lot of damage happened during the years of militancy.”