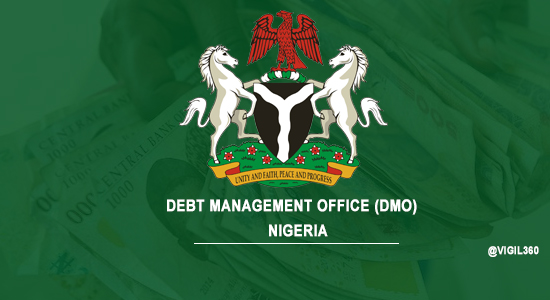 The Debt Management Office has disclosed that the Federal Government spent $25.82bn (N7.88tn) to service its debts between 2012 and 2016.

In its 2016 Annual Report and Statement of Accounts, the DMO also stated that the Debt Sustainability Analysis of the country’s debt showed that the situation had deteriorated.

The DMO said the amount used to service Federal Government’s debt declined from $5.49bn in 2015 to $4.38bn in 2016. It however disclosed that the decrease was in nominal terms when converted to dollar following adjustment in the nation’s foreign exchange variation.

This is because the official exchange rate was higher in 2015 and much of Federal Government’s debts are denominated in naira with interest rates are paid in naira.

The DMO analysis of the country’s debt portfolio showed that for the first time since the country’s exit from the Paris Club debt overhang in 2005, Nigeria’s debt had slipped from low risk to medium risk distress.

It said the debt portfolio has become vulnerable to shocks associated with revenue, exports and substantial currency devaluation.

Its said: “The result of the DSA showed that for the first time since the exit from the Paris and London clubs of creditors in 2005 and 2006, respectively, Nigeria’s debt position experienced some deterioration and slipped from low-risk of debt distress to a medium-risk of debt distress.

“Although the level of debt stock is still appreciably low relative to the country’s aggregate output, the debt portfolio remains mostly vulnerable to the various shocks associated with revenue, exports and substantial currency devaluation.

“While the Gross Domestic Product-related indicators appeared normal, as they remained below their respective thresholds, the revenue-based indicators were mostly sensitive to the revenue shocks; thus, underscoring the urgent need for concerted efforts to diversify the revenue base of the country away from oil.”