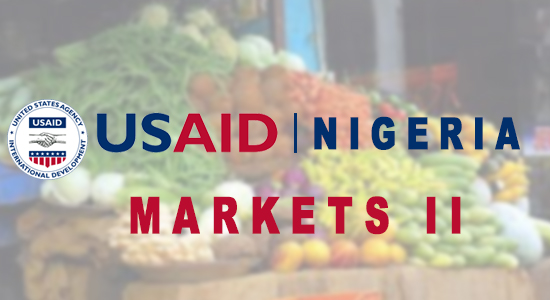 The Federal Government is to take over the Maximising Agricultural Revenue and Key Enterprises in Targeted Sites II (MARKETS II) programme of the USAID to improve food security in the country. Minister of Agriculture and Rural Development, Chief Audu Ogbeh, disclosed this at a stakeholders’ interactive forum to precede the winding down of the programme in Abuja on Thursday.

The minister who was represented by Dr Fatima Aliyu, the Value Chain Desk Officer in charge of Rice in the ministry, said the programme had already impacted the lives of about one million farmers in 26 states.

Ogbeh said 500 extension workers were also trained during the programme in various value chains to enhance their capacities.

He said: “The Federal Government is now positioned to take over from where USAID MARKETS II stopped to make sure that there is no vacuum in our agricultural sector.”

Country Director of USAID, Mr Stephen Haykin, said the agricultural programme launched in 2012 had been a huge success in the country.

He stated that the programme had improved agricultural production, income, nutrition, investments and food security of farmers in the 26 benefiting states.

The country director disclosed that over 1.4 million rural households benefitted from the programme by engaging in the various value chains through training.

He disclosed that the programme was initiated to support the country’s Agricultural Transformational Agenda (ATA) and the Agriculture Promotion Policy from 2016 to 2020.

“There were also some developments in the programme where it supported Lassa fever outbreak, Avian Influenza and other animal diseases.

Haykin said: “4.9 billion was invested into the programme by the private sector.’’

Assessing the impact of the programme to Nigerian farmers, the MARKETS II Chief of Party in Nigeria, Mr Harvey Schartup, said that small holder farming could be profitable and worthwhile.

Startup said the programme partnered with both the private and public sectors to broaden the agricultural horizons of farmers in the country.

He said the programme targeted men, women and youths between the ages of 18 and 29. According to him, Nigeria is at a stage where mechanisation has become a critical limiting factor in the expansion of cultivated land and the reduction of post harvest losses.

“Together, we have done much but there is much more to be done. Farming and agriculture is not and should not be just something that you do when you cannot do anything else.

On his part, the Secretary, FADAMA Multipurpose Farmers Cooperative Society, Mr Musa Abubakar, said the intervention of the programme had impacted the lives of farmers. He said: “we used to cultivate about three to 10 hectares before, but, since the programme began, we have improved to 80 hectares of sorghum.

“We want the government to replicate what this programme has done in various states so that farmers will have the gains for their labour,’’ he said.