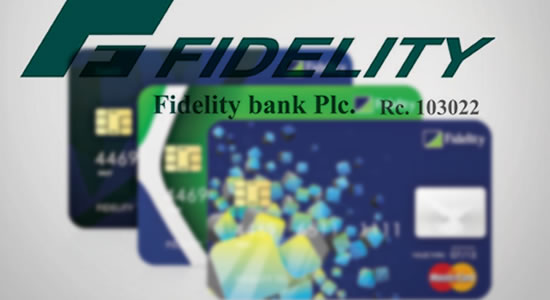 Fidelity Bank Plc has on Sunday announced the appointment of Mr. Mustafa Chike-Obi, the Executive Vice Chairman of Alpha African Advisory as its new Chairman.
In a statement, the bank said the outgoing chairman, Mr. Ernest Ebi, and Mr. Seni Adetu, an independent non-executive director will be retiring from the bank's board after their tenures.
While serving as Chairman, the bank under Ebi recorded significant growth, the bank's market share has been strengthened. Also, Adetu played a significant role in complementing management effort in upgrading the bank, enhancing service delivery in accordance with the vision of the bank.

"He provides overall leadership at Alpha African Advisory and has direct oversight over the capital raising division," the statement said.

The new Chairman, Chike-Obi has over 40 years of experience in the investment banking and financial sector, working with globally reputable banks and financial firms.

He was the founding president at Madison Advisors a financial advisory and consulting firm in New Jersey. The firm specializes in hedge funds and private equity investment.

He holds a Bachelor's degree in Mathematics from the University of Lagos and an MBA from Stanford University Graduate School of Business in California, US.

However, the bank stated that "Ebi will however continue in the role until the in-coming chairman assumes office, as part of the process of ensuring a smooth and successful transition.