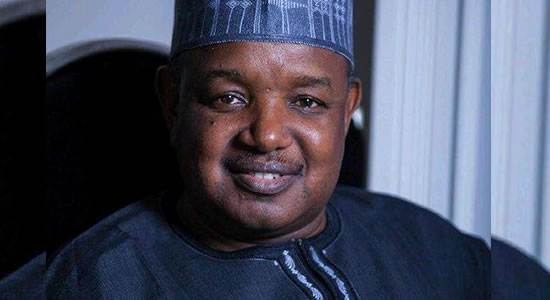 Governor Abubakar Bagudu of Kebbi state has hail President Muhammadu Buhari over his policies on Agriculture saying the policies have begun yielding results in the country.
The governor made this statement today when he paid a visit to a private rice mill, belonging to one businessman, Alhaji Sahabi Lolo in Kamba, Dandi Local Government Area of the states.

Bagudu expressed delight that the policies of President Buhari administration are repositioning the country’s economic footing.

According to him, the investment gain of Mr. President in the rice value chain in his state especially in the last few years is yielding success.

His statement partly said, ”What you saw here today is one of the so many that have come up in the last few years under president Muhammad Buhari’s robust administration.

He added, “Buhari coined the adage, let’s grow what we can eat and let’s eat what we grow and now we are seeing Nigerians processing what we produce,”

He noted that though there was an incident of flooding in most parts of the state, despite that the prices of foodstuff are still crashing.

He commended the populace for having faith in the government through investing in Agriculture.

The Governor personally praised, Mr. Lolo for having faith in the Buhari administration by putting his money and establishing a rice mill at Kamba which will boost the economy of the state.

In the company of Bagudu was his Jigawa Jigawa state counterpart, Mohammed Badaru, who was in the state to inspect the rice mill which has the capacity of producing 160 tonnes of paddy, par day to encourage private investment.