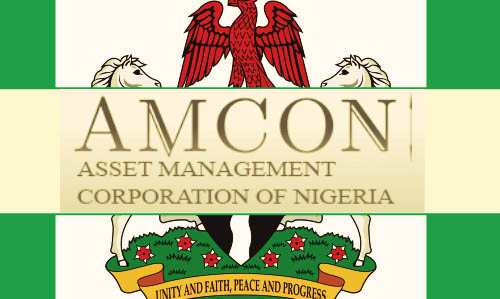 Senate Moves To Empower AMCON Against Economic Sabotage By Debtors

The Senate on Tuesday considered a bill seeking to empower the Asset Management Corporation of Nigeria (AMCON) in the aspect of assets recovery and strengthen it against economic sabotage by debtors with unpaid loans to the tune of about N16 trillion Naira. Sponsored by Senator Michael Opeyemi Bamidele (APC, Ekiti Central), the AMCON Amendment Bill 2021 scaled the second reading on the floor of the house. The bill is an act to amend the Asset Management Corporation of Nigeria Act No.3, 2014 to extend the tenor of the resolution cost fund and for related matters 2021. A total of 350 obligors are reportedly holding on to debts worth N3.6 trillion out of AMCON’s total N4.4 trillion exposure. Leading the debate on the bill Bamidele said, “The main aim of the proposed amendment is to update a few clauses in the Act that have been hampering the Operations of the Asset Management Corporation of Nigeria.”

“Under the current Act, the continued smooth operation of AMCON is threatened by the tenor put on a key funding provision for AMCON,” he continued.

“Therefore, the proposed amendment is designed to allow for more flexibility in the tenor of this key funding provision.”

Bamidele further stressed that the amendment would strengthen AMCON in stabilizing Nigeria’s banking sector and empower the agency in carrying out its functions of assets and debt recovery.

He said, “Mr. President, Distinguished Colleagues, AMCON is a very important and strategic national institution that must be strengthened to effectively contribute to the stabilization of the banking sector in Nigeria.

“It proved its mettle in the banking crises of 2009. Our economy still grapples with huge challenges. The banking sector is not immune from the difficulties we face. We must therefore review and amend the AMCON Act (2014) in order to reinvent and reposition AMCON to optimally perform its functions.

“In particular, this amendment will strengthen the hands of AMCON in assets recovery. AMCON must be reenergised to tackle the problem of toxic loans.

“Highly placed debtors have been employing different strategies and tactics to stall the repayment of loans.

Contributing, Senator Uba Sani, representing Kaduna Central Senatorial District said, “AMCON largely depends on resources from the resolution fund, and failure to extend this amendment bill will certainly affect the operation of AMCON, and it may force the government to bear the entire cost of debt management of AMCON.”

However, Ahmad Lawan, the Senate President, referred the bill to the Committee on Banking, Insurance, and other Financial Institutions and asked that the Committee, which is Chaired by Senator Sani, to report back in four weeks.