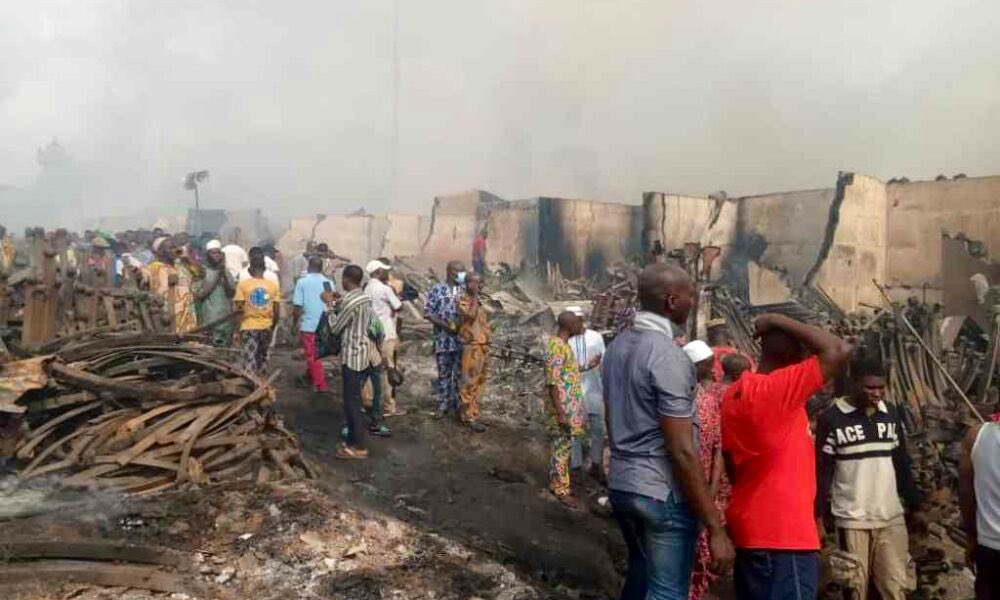 The largest auto parts market in Ibadan, Araromi market at Agodi Gate, has been gutted by fire leaving several shops and properties destroyed. Traders wailed as the fire which started about 11.00 pm on Friday night raged on for many hours. The cause of the fire that destroyed tires, engines, and car materials is yet to be ascertained.

The distressed traders were said to have called the attention of the Oyo State Fire Service as others made frantic efforts to put out the fire.

Firefighters at the scene tried assiduously to salvage the situation, though they had difficulty in getting very close to the spot of the fire as the pathway was blocked by shops.

As at the time of this report, no casualty was recorded but traders said valuables including fairly used tires and spare parts worth millions of naira have been destroyed.