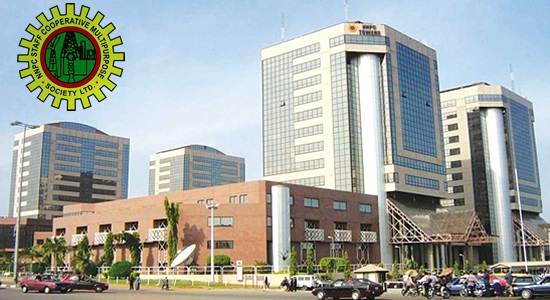 The Nigerian National petroleum corporation (NNPC) has disclosed that it is not stopping the petroleum subsidy despite the recommendation by state Governors to stop it with immediate effect. According to the NNPC, its authorities are awaiting the outcome of today’s meeting which is to be convened between the organized Labor and the federal government on whether to discontinue the subsidy regime or not.

The Nigerian oil industry for about three years now has been the sole importer of petroleum into the country and in recent time has been lamenting over the price it has to subsidize on the product following the economic meltdown caused by the coronavirus pandemic to the global economy.

A committee of the Nigerian Governors Forum had last Wednesday insisted that the federal government should remove the subsidy with immediate effect to allow funds to flow into the hand of the government, and by implication, the price of the product would skyrocket to a price between N380/liter and N408/liter.

The Deputy President, Nigeria Labour Congress, NLC, Joe Ajaero, revealed that the Labour would consult with the federal Government today(Tuesday) and iron out things bordering on the subsidy.

The meeting between the Federal Government and the organized labor has been foot-dragging in the last three months leaving the NNPC with no option but to incur the subsidy.

Until last month, the NNPC cried out that henceforth it can no longer contribute anything to the federation account because of the subsidy it is shouldering.

However, when NNPC authorities were contacted to disclose when exactly the corporation would end the subsidy regime, Kennie Obateru, the Group Public Affairs Division, NNPC said, the corporation is waiting for the resolution of the meeting between the FG and Labour before it would take any action.

Obateru said, “We are waiting for the discussion between labor and the government to be concluded. That is, let them reach an amicable position. It is not NNPC that is holding the talks.

“We are the national oil company and so we just wait for the parties to complete that discussion. When a position is taken as to how best to implement the deregulation, it will be communicated to NNPC and then we can now take a position.

“But for now what we do is to implement whatever the government decides.”

There is little hope when the Federal Government had last week through the Minister for State for Petroleum, Timipre Sylva affirmed that there will be no subsidy removal until the month of June this year.

The minister during the meeting with the Governors Forum admitted that the subsidy was actually weighing the government down financially, but affirmed that the cost shall remain between n162/liter to N165/liter until the month of June.

Sylva said, “Once again it has become necessary to assure Nigerians that despite the huge burden of under-recovery, the Federal Government is not in a hurry to increase the price of Premium Motor Spirit (petrol) to reflect current market realities.

“The current price of petrol will be retained in the month of June until the ongoing engagement with organized labor is concluded.” The minister added.

He assured that the clarification has become necessary in the light of recent reports and agitation amongst Nigerians versus the position of the governor's Forum on the price of the product.