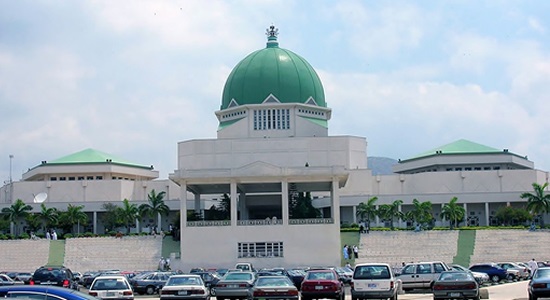 The arms of the National Assembly, the Senate and the House of Representatives has individually passed the long-awaited Petroleum Industry Bill (PIB) after lawmakers considered the report of the Ad hoc Committee on Petroleum (Upstream and Downstream) and Gas Resources on Thursday 1st July 2021. The report was initially presented to the House of Representatives on Wednesday by the Chairman of the Ad hoc Committee, Mohammed Monguno (APC, Borno) before the 318 clauses in the bill was passed.

The passage of the bill was also a sequel to a closed-door meeting between the Minister of State for Petroleum, Timipre Sylva and the Group Managing Director of the Nigerian National Petroleum Corporation (NNPC), Mele Kyaribefore appearing before the Senate to provide the lawmakers with technical details of the legislation as well as provide clarification where needed.

Some amendments were made to the bill by the reps, such as Section 240 of the bill to increase the mandatory host communities funding by oil companies. The original bill proposed 2.5 per cent operating expenditure to fund the host communities trust fund. Following the amendment moved by Mr Monguno, the fund was increased to five per cent.

Other key amendments made by the committee include:

** Streamlining the regulatory and commercial role of the Nigerian National Petroleum Company Limited which the chapter seeks to establish.

He said the bill when passed, will strengthen the accountability and transparency of NNPC Limited as a full-fledged CAMA company under statutory oversight with better returns to its shareholders.

For the petroleum industry’s fiscal framework, he said the legislation when passed into law, will attract and unlock the long-awaited capital investment inflows to the country’s oil and gas industry since it contains enhanced incentives in the land, swamp, shallow and deep waters terrains.

In the approved bill, the Senate approved a funding mechanism of 30 per cent of NNPC’s profit from oil and gas for frontier basins, although, states referred to as ‘frontier basins’ were not clearly stated. This fund is for oil exploration in frontier states.

The first schedule generally asserts the Minister’s right of pre-emption in line with various circumstances in the industry.

The second schedule defines and enhances the principle of negotiating Incorporated Joint Ventures (IJVs) in line with the provisions of the bill.

The third schedule defines the domestic base price and pricing framework of gas under a free market structure of willing buyers and sellers.

The fourth schedule provides the formula for gas price and other gas-based industries with the possibility of creating flexibility with respect to the pricing structures where market conditions change.

The fifth schedule explains the capital allowances as it relates to the use and disposal of oil and gas assets.

The seventh schedule explains the main fiscal framework of the bill which covers petroleum fees, rents and royalties across the various production terrains as well as its related penalties for non-payment.

While the eighth schedule deals with the creation of the Ministry of Petroleum Incorporated to legalize the shareholding of NNPC Limited with provisions required for the creation of same.

After the bill was passed, both the Senate President and the Speaker commended everyone involved in the legislative work describing the act as a milestone.