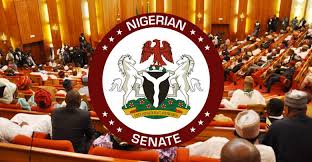 The Senate Committee on Public Accounts has kicked off an investigation into N14.7Bn privatization proceeds of the defunct Power Holding Company of Nigeria (PHCN) which was allegedly hidden by the Bureau of Public Enterprise (BPE) in commercial banks.

The government-owned National Electric Power Authority (NEPA) was privatized in 2013 and renamed PHCN, which was subsequently unbundled to become the current generation and distribution companies.

The Senate Committee’s probe is based on an audit query in the ‘Auditor-General for the Federation’s Annual Report on Non-Compliance/Internal Control Weaknesses Issues in Ministries, Departments and Agencies of the Federal Government of Nigeria for the Year Ended 31st December 2019.’

The query was presented to the National Assembly on September 15th, 2021 by the Acting Auditor-General of the Federation, Adolphus Aghughu.

The query reads in part, “Audit verification and reconciliation revealed that the sum of N14,720,396,432.43, being proceeds from the privatization of the Power Holding Company of Nigeria was reported in the Bureau’s trial balance to be in commercial bank accounts as at 31st December 2016.

“Whereas the privatization of the PHCN was concluded in 2013, the proceeds are yet to be remitted to the Central Bank of Nigeria Privatization Proceeds Accounts.

“Unauthorised funds kept in commercial banks may be diverted for other purposes, thereby leading to loss of revenue available for government programs.”

The BPE in a written submission stated that two separate sums of N18,199.520.87 in Stanbic Bank and N3,231,984.73 held in Fidelity Bank Plc were “unaudited bank balances that were actually no longer in existence as of the date of the audited financial statements.”

The Bureau added, “With respect to the two other bank balances-N4.4Bn (Access Bank Plc) and N10.2Bn in FCMB, the correct balance in Access Bank as of 31/12/16 was NIL as the bank had transferred a swelled balance of $34.1Mn to the CBN Domiciliary Account.