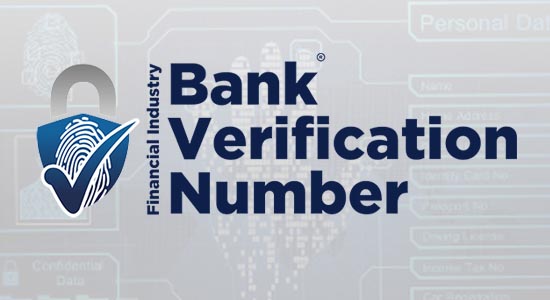 Expert Cautions FG On Seizure Of Bank Accounts Over BVN

Expert Cautions FG On Seizure Of Bank AcAn economic expert, Charles Nwekeaku, has advised the Federal Government to follow due process in getting the forfeiture of monies in accounts without Bank Verification Numbers(BVN) to the government.

Nwekeaku, an Associate Professor at the Nassarawa State University, Keffi, made the call in an interview on Sunday in Abuja.

The Federal Government recently instituted an action in a court for the forfeiture of any balance in bank accounts without BVN.

An interim order of forfeiture was granted by the court on Oct. 17 for the various Deposit Money Banks (DMBs) to show cause within 14 days why the balances in such accounts should not be forfeited.

The current practice is that banks only permit deposits into such accounts without withdrawal.

Therefore, if the Federal Government succeeds, the money is forfeited permanently.

According to Nwekeaku, some Nigerians opened accounts before the introduction of BVN and may have travelled outside the country.

“Some of these people may have one impediment or the other that has kept them away, so it will be unfair for the government to just opt and request they forfeit their funds.

“Government should also find out the kind of agreement people had with their banks when they opened the accounts and if they were not initially informed about the BVN, they should be given sufficient time,’’ he said.

Nwekeaku said any rash decision now by the government would be considered retroactive, in the sense that BVN wasn’t an issue when those accounts were opened.

He said that government should make conscientious effort to ensure the people were informed about the implications of not doing the BVN registration before such rash actions were taken.

“I know the BVN issue is over a year now but you will agree with me that there are some people who travelled out of Nigeria and haven’t come back since then.

“There are also some who are hospitalised, they have been bedridden for a long time, making them unable to do the BVN. So do you expect them to forfeit their funds?

“So I think any rash decision now by the government will be considered as breaching the fundamental human rights of the people and that is not good for our democratic nation,” the don said.

On the proposed Dangote Refinery, Nwekeaku said it was a welcome development as it would help in growing the country’s economy and increase its GDP.

Nwekeaku said it was impressive that individuals in the country were thinking of going into the business of refining crude oil which was not the case in the past.

He noted that the norm of exporting crude without adding any value to it had not helped the country as it had increased the rate of unemployment in the country.

The don said that if refineries were built and were functional, it would add value chain and generate more employment for the youth in the country.

Nwekeaku said, “a number of people have got licences to build refineries but for one reason or the other they don’t want to do that, so for Dangote to have taken the move, it is a welcome development.

“And we believe that if the refinery is put in place, it will generate much employment opportunities; it may equally reduce the cost of petroleum products in the country.

“Also the unit price of petroleum certainly will reduce and I think it will go a long way to improve the economy.

“Therefore, the government should encourage more individuals to go into establishing private refineries and I believe when that is done, it will help to stimulate the economy.’’
ounts Over BVN