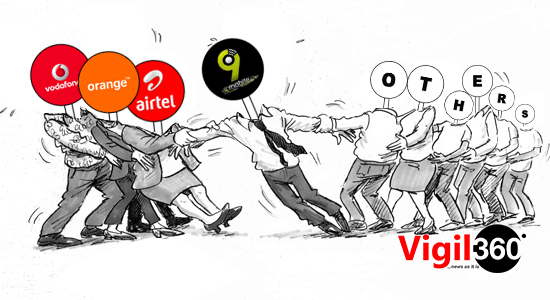 The two companies were said to be in “strong running” to buy 65 per cent of the company.

The Economic Times of India reported that Bharti was looking to boost its assets in Nigeria, its largest African market, where it generates around 30% of its revenues.

Bharti Airtel chairman, Sunil Mittal, had previously spoken of the potential for mergers in some of its African assets as part of a rationalisation plan.

Despite being a major market, Bharti’s unit has not broken into the top two operators in Nigeria since it bought Zain Group’s sub-Saharan Africa assets.

Analysts said acquiring 9mobile could see Airtel Nigeria overtake Globacom, and give it the power to compete with market leader MTN.

Vodafone lost the opportunity to operate in Nigeria during the early days of GSM as the company turned down request by the Bureau of Public Enterprises (BPE) to buy the then ailing NITEL.

Others in the race for 9Mobile are the BUA Group, Virgin Mobile from the United Kingdom and Vodacom of South Africa.

Any investor into the company will have to negotiate the repayment of the $1.2billion debt owed to a consortium of banks. The inability of Etisalat to repay the debt lead to its financial crisis and ultimate pull put from the Nigerian market.

9Mobile was taken over by the banks which have also appointed advisers, including Standard Bank of South Africa and Citibank of New York to receive and evaluate bids.

All bids will be reviewed before bringing them to the board of new directors.

Chief Executive Officer of 9mobile, Boye Olusanya, said the new logo was in conformity with the new name and reflects the bold and creative attributes which the company shared with its valued subscribers.

He explained that the rebranding will enable the company to connect more with its subscribers, especially the youth.

He said: “In our nine years of operations, we have remained at the forefront of innovation and take pride in consistently delivering superior experiences to our subscribers.

“We continue to establish meaningful partnerships with our customers and partners by providing platforms that support their goals and aspirations”.