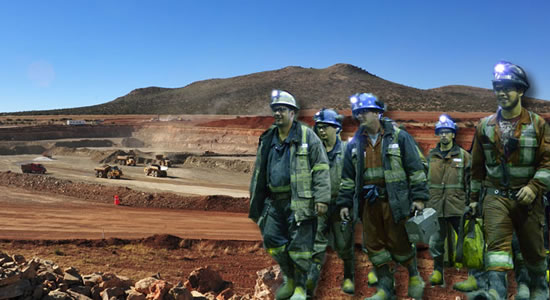 The Federal government has ordered the arrest of over 20 Chinese at Kamfaning Zurak in Wase Local Government of Plateau state for engaging in illegal mining. The Minister of Mines and Steel Development, Dr. Kayode Fayemi and the National Security Adviser (NSA), Maj. Gen. Mohammed Babagana Monguno (Rtd) issued the order yesterday while on a fact finding visit to the various illegal mining sites in the area.

Dailytrust reports that the visit followed widespread protest by the community over alleged failure by the Chinese miners to provide social amenities in the area as earlier agreed. The protest reportedly frustrated further mining activities and nearly resulted in breakdown of law and order. The report further hinted that the Chinese had built rail lines in tunnels to assist them carry materials, workers and the Mineral resources.

Dr. Fayemi lamented the increasing activities of illegal miners in the country stressing that the development was robbing the nation of huge revenue. He further stated that the sabotage was also affecting the health of Nigerians, resulting in avoidable deaths in most cases. The Minister reiterated that the war against illegal mining in the country was ongoing, warning that those arrested will be made to face the law. He enjoined residents to report such activities to law enforcement agencies for necessary action.

The NSA who ordered the immediate closure of all mining sites in the area also declared one of the miners, Abdullahi Adamu Usman popularly known as "Dan china" wanted. He directed that the suspects when arrested should be moved to Abuja for interrogation and possible prosecution.

Speaking, Governor Lalong stated that intelligence reports had indicted some traditional rulers in the area and assured that those found culpable will be made to face the law.