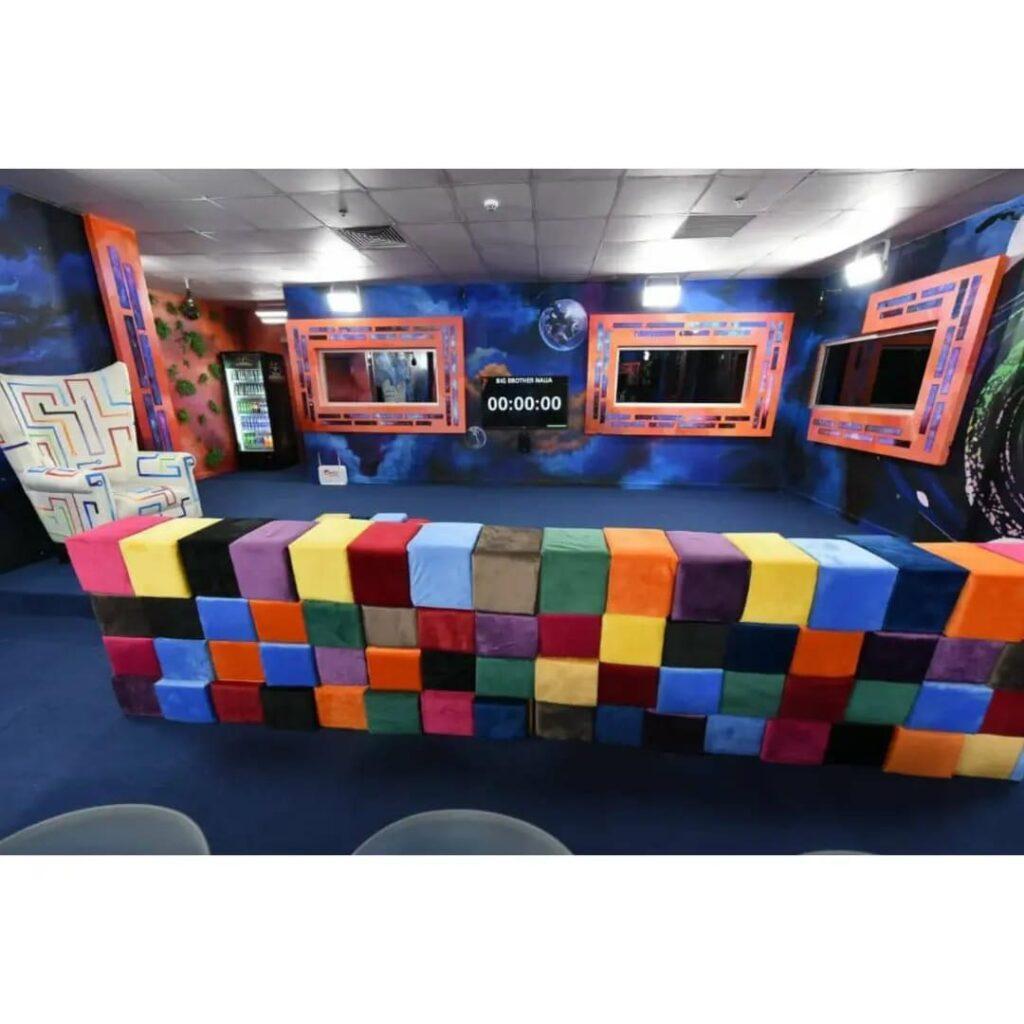 Fans of the popular reality Television show, BBNaija have faulted the house arrangement of the big brother after the housemates were let in last night. The season 7 reality TV show, nicknamed, ‘Level Up’ was officially started yesterday, Saturday, July 23, 2022. Ebuka, Obi-Uchendu being the regular host of the show introduced the housemates to their fans. The housemates were six males and six females who made it into the big brother house for the season 7 show and their journey to fame is believed to have commenced.

According to big brother, the winner of the season 7 show will go home with N100 million naira prices, N50 million cash and N50 million worth of gifts from the sponsors of the program.

As the housemates stepped into a big brother in style, fans reacted to the house arrangement especially the colour riot by the big brother house decorator.

It was observed that different colours were used from the kitchen to the diary room, bedroom and almost every section of the house to provide housemates with the comfort they require in the next 10 weeks.

Some of the fans chided the house arrangement describing it as a Kindergarten arrangement in a way, while others who are fans of colour riot applauded the arrangement.

Another commenter said @dumz_dumz1 on Twitter said: “their room, it looks like where they use for rituals”
@Debbybruno3 said: “This house is looking like a shrine. They don scam biggie”

Annie Salis lamented: “For someone who is fan of monochrome interior designs, I can’t survive a day in this biggie’s house, Its cringy”

For Isabelle @IsabelleKaroro, she said: “Biggie lala whoever designed this house for you hates you no ways #BBNaija”

Tomiwa Talabi said: “this biggie’s house is not giving at all.”