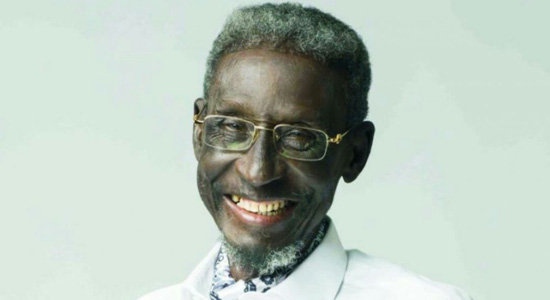 Sadiq Abubakar Daba, simply as Sadiq Daba has died at the age of 69 after a long battle with leukaemia and prostate cancer. He is survived by his wife, Bolaji Daba, two children and grandchildren.

The News of his demise was made public by NTA2 Lagos Network Centre, who twitted

"Sad News; Veteran broadcaster and Nollywood actor Sadiq Daba is dead; He died this evening after a long and excruciating battle with leukaemia and prostate cancer; May his Gentle Soul Rest in Perfect Peace #RIPSadiqDaba"

The the veteran broadcaster and actor had his secondary education at St. Edward's Secondary School and higher degrees at the Ahmadu Bello University in Zaria before proceeding to work as a broadcaster and editor at RKTV, NTPC Lagos and the Nigerian Television Authority (NTA). His acting career came to prominence in the late 1970s.

He has featured in films and soap operas like ‘Behind the Clouds’, ‘A Place Like Home’, ‘Soweto’, and ‘Moment of Truth’. In 2015, he won the Africa Movie Academy Award for Best Actor for his role as “Inspector Waziri” in Kunle Afolayan’s October 1. He was last seen acting in Kunle Afolayan’s 2020 movie ‘Citation’ as Professor Yahaya.

Daba announced his diagnosis of Leukemia and Prostate Cancer in 2017 and several Nigerians rallied around him including billionaire businessman, Femi Otedola, who paid for his hospital bills in 2019.

May his soul rest in peace.