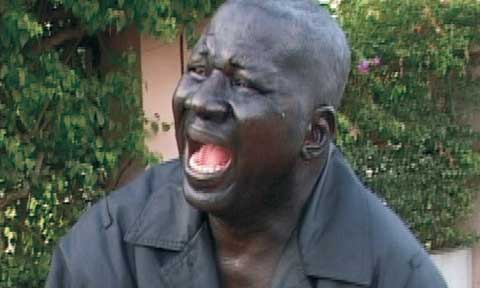 Veteran nollywood and comic actor, Babatunde Omidina (Baba Suwe) has passed on. The news of his demise was first disclosed by his son, Adesola Omidina before being confirmed by the president of the Theatre Arts and Motion Picture Producers Association of Nigeria (TAMPPAN), Bolaji Amusan (Mr Latin).

In 2011, he was accused of cocaine trafficking by the National Drug Law Enforcement Agency (NDLEA), an allegation that was described as false and defamatory by the ruling of the Lagos State High Court. His solicitor was the late Bamidele Aturu, a Nigerian lawyer and human rights activist.