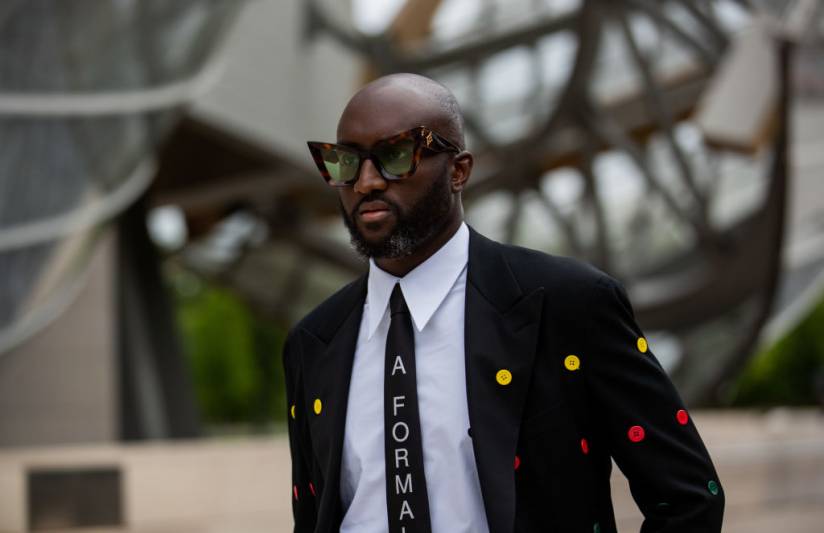 Artistic Director of Louis Vuitton’s Menswear Collection and Founder of Milan-based fashion house, Off-White, Virgil Abloh has died of cancer on Sunday, LVMH announced. Abloh, 41, was the first African American creative director of a French Fashion House, showcasing streetwear on the runway. “We are all shocked by this terrible news. Virgil was not only a genius designer, a visionary, but also a man with a beautiful soul and great wisdom,” LVMH chief executive Bernard Arnault said in a statement.

“The LVMH family joins me in this moment of great sorrow and we are all thinking of his loved ones after the passing of their husband, their father, their brother or their friend,” Arnault added.

Abloh who joined the LVMH in 2018 made his name through collaborations with rapper, Kanye West in 2002 as the creative director of Donda, West’s design agency and art director for West and Jay-Z’s 2011album, Watch The Throne.
“It is an honour for me to accept this position,” he said at the time.

Off-White, he said, “is for the 17-year-old version of myself – whereas Vuitton is for the 37-year-old I am today.”

Commenting on Abloh’s death, long-time friend, Mr West dedicated his “Sunday Service” to the late icon with a livestreamed choir rendition of Adele’s new single “Easy On Me”.