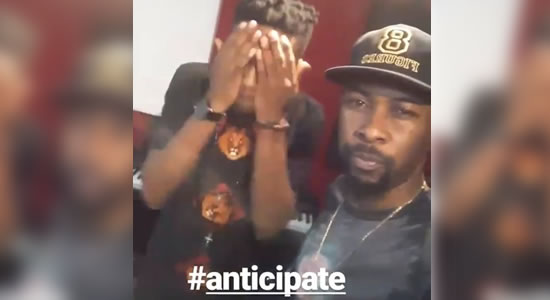 The 2017 winner of the Big Brother Naija reality show hosted in South Africa, Efe Ejemba, popularly known for his rendition 'based on logistics' is reportedly set to drop a hit single featuring Ruggedman any moment from now. The rapper who shared a picture of himself and Ruggedman in the studio captioned it "dey don't know" #Anticipate.

The picture has made his fans go wild in anticipation of the single.

After his spell at the Big Brother House, Efe has released two singles so far. He performed one of the singles at the 2017 AY Live show in Lagos.

Although the songs did not receive the expected air play, the generally loved BBNaija winner has stuck to his guns to make a mark in the music industry against calls for a change in career.