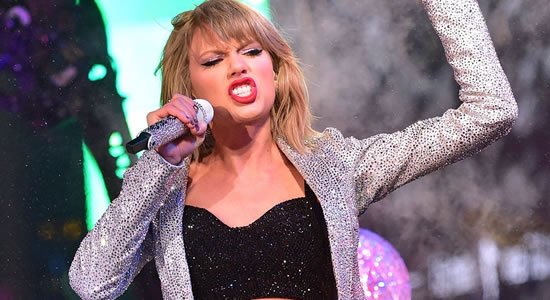 The scene in Taylor Swift's new video where she raids the bank vault of a music streaming company is coming true. In just four days, the star has broken four major streaming records, beating the likes of Adele and Ed Sheeran. Look What You Made Me Do was played a total of 10,129,087 times on Spotify last Friday, the day of its release, more than any other song has achieved in a single day.

It received more than 39 million views in 24 hours, smashing the record set by Adele, whose video for Hello was watched 27.7 million times in its first day.

The video has received 57,644,565 views as the time Vigil360 checked on the Youtube link before publishing.

Director Joseph Kahn celebrated the achievement on Twitter, telling Swift's fans “39 million Youtube views in 24 hours. World record. You did it. You are all amazing. Thank you!”

Swift also set a new benchmark with the song's lyric video, which attracted 19m views on its first day - more than double the previous record-holder, Something Just Like This by The Chainsmokers and Coldplay.

And in achieving the most Spotify streams in a day, Look What You Made Me Do also beat the record for first-day streams.

The figures defy the polarising reviews for Swift's comeback single, a melodramatic potboiler which sees the pop queen turn on her critics declaring, "maybe I got mine, but you'll all get yours.”

Spin magazine called the track "hard" and "cheerless", while the New York Times described the lyrics as "powerful, yet joyless".

Rolling Stone was more positive, praising Swift and playing the villain and "owning her bad press instead of merely brushing it off".

The lyrics contain a barely veiled reference to Kanye West and Kim Kardashian, who tussled with Swift when she objected to the line "I made that bitch famous" in one of West's songs.

The video casts its net wider, referencing everything from Swift's relationship with Tom Hiddleston to her recent victory in a sexual assault case.

Missing the (admittedly heavy-handed) humor, Variety magazine described the video as "so narcissistic and self-referential that one could spend 5,000 words unspooling it".