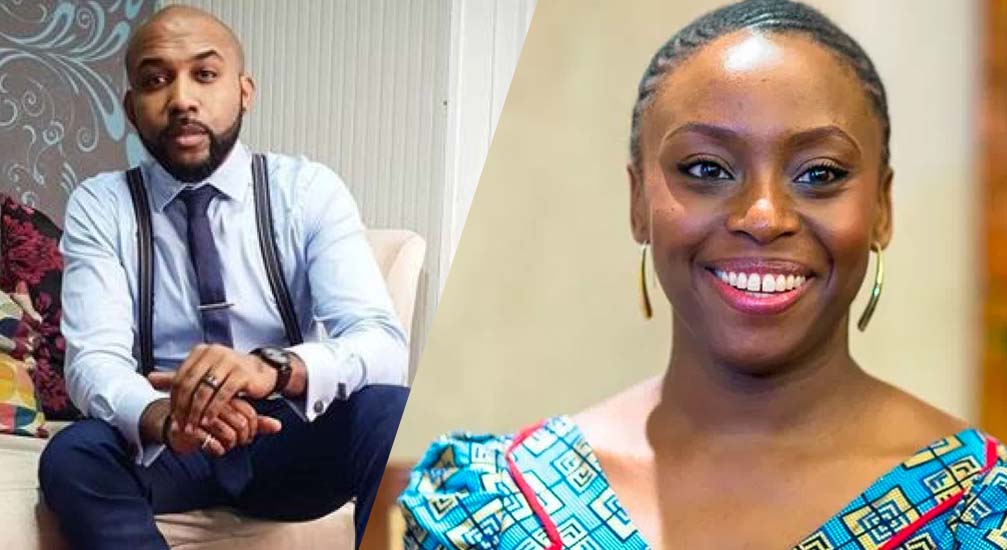 While speaking on the American Daily Trevor Noah show on Thursday, Chimamanda condemned the idea that it is an act of chivalry for men to open doors for women, hinting that it conveys the wrong impression that women are weak and dependent.

Chimamanda also spoke against the practice of assisting women and children first in a crisis situation, as opposed to taking care of anyone who needs help.

However, music artist Banki W among others have describe as ridiculous the anti-chivalry comment by the Nigerian author, stressing that her stands on issues bothering on feminism is becoming far-reaching than usual.

“Chivalry is done not because women are a weaker sex, but because some of us want to be gentlemanly and romantic," he wrote on his Instagram page @bankywellington.

“Apparently, this is not ok to her, but to me, this is just reaching. I’m sorry but this is now getting a little ridiculous. To each his/her own, I guess”.

Others wrote: "Most men are stronger than women, men protect women, gender roles are ok if it's not harming anyone, it does not make you a lesser person. Opening doors is a really nice gesture. Please don't create a war where there isn't one. Don't take good things away daughters of chimamanda," @iam_jayCheqs, Twitter.

Another twitter user @RickAnji wrote: "From yesterday's discussion, for all the women in support of chimamanda's statements, I hope y'all maintain this same energy next time a Lagos Bus Conductor assaults you and the men around just fold their hands and look away since y'all don't need protecting."