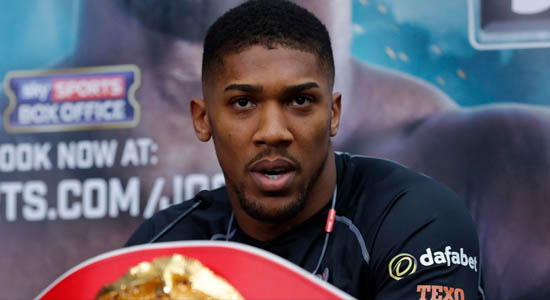 World Heavy Weight Champion, Anthony Joshua has denied having any involvement in the row between fellow British boxer, Amir Khan and his wife, Faryal Makhdoom Khan, after their marriage appeared to end in a public spat on Twitter.

27-year-old Joshua was accused by Khan of having a relationship with his wife after their recent break-up, which 30-year-old Khan announced via social media on Friday afternoon.

Former light-welterweight world champion Khan posted a series of accusations on Twitter while in Dubai, to which 26-year-old Ms Khan responded with her own claims against him that included accusations that he has cheated on her in the past.

Khan posted an initial message that announced he and his wife were ending their four-year marriage, writing: “So me and the wife Faryal have agreed to split. I'm currently in Dubai. Wish her all the best.”

The post appeared to suggest an amicable break-up, but Khan followed up with a series of messages accusing Ms Khan of having a relationship with 27-year-old Joshua following their break-up and labelled her a “Golddigger”.