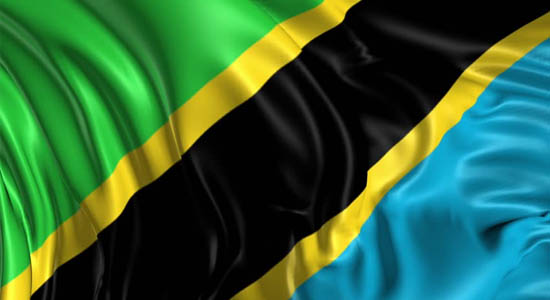 Tanzania Sworn In Its First Female President Amidst Magufuli’s Mourning

Samia Suluhu Hassan has been sworn-in today as the first female president in the history of Tanzania. According to the BBC, the former Vice President, and now President was sworn in by Ibrahim Juma, the Chief justice of the Tanzanian Federation in Dar-es-Salam, the capital city of Tanzania.

The Tanzanian government first break the news of the demise of its President, John Magufuli on Wednesday, two weeks after he was silent in the public space fuelling speculation amongst media that he contracted coronavirus.

This gave rise to Hassan taking over as the new president of Tanzania, making her the sixth president of the country and also the only serving female president on the continent.

According to the Tanzanian constitution, Hassan is to serve the remaining five years of Magufuli tenure which is expected to terminate by the year 2025.

The constitution quoted as; “the office of the President becomes vacant by reason of death, resignation, loss of electoral qualifications or inability to perform his functions due to physical infirmity or failure to discharge the duties and functions of the office of the president, then the vice president shall be sworn in and become the president for the expired period of the term of five years and in accordance with the conditions set in article 40”.

Now sworn in as the president, Hassan will consult with the ruling party to decide on the appointment of the next vice president. The law demands that 50% of the parliament members must be in agreement with the selection.

Hassan was little known outside Tanzania until she appeared on state television on Wednesday night to announce the death of her boss, Magufuli at the age of 61 from a heart condition after a mysterious three weeks absence from public view.

Hassan, 61, a soft-spoken Muslim woman from the island of Zanzibar, will finish Magufuli’s second five-year term, set to run until 2025.

Hailing from Zanzibar, the semi-autonomous island in the Indian Ocean, Hassan rose through the ranks over a 20-year political career from local government to the national assembly.

However, analysts are of the opinion that Hassan may face early pressure from powerful Magufuli cabals within the party, who dominate intelligence and other critical aspects of government, and would try to hold sway her decisions and agenda.

Meanwhile, the country is observing a 14-day mourning period and details on Magufuli’s funeral have yet to be announced.