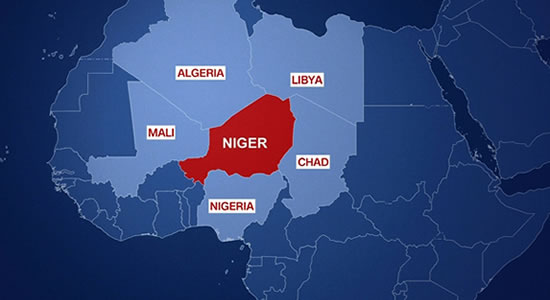 The Niger Republic says it has foiled an attempted military takeover early hours of Wednesday at the Presidential Palace in Niamey, President Mahamadou Issoufou said. The President-elect Mohamed Bazoum is scheduled to be sworn in on Friday, marking the first transfer of power between two democratically elected presidents in the country. President Issoufou disclosed that the attack was carried out by some suspects who had planned to use aerial means to seize power."The aim of these individuals, driven by an unknown motivation, was to overthrow democratically elected institutions," he said.

According to the Niger Government, sever people in connection to the attack have been arrested and detained including the former military chief of staff, General Souleymane Salou, and Lieutenant-Colonel Dan Haoua, head of the Air Force base in Niamey.