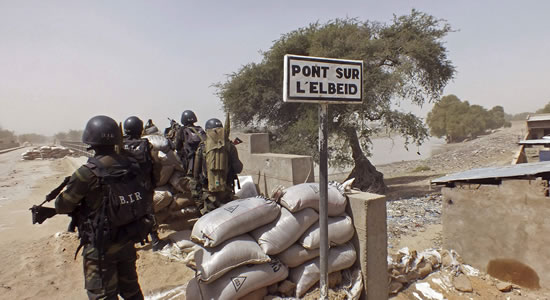 Eighteen hostages seized in south-western Cameroon have been freed in a military operation. A government statement said 12 Europeans and six Cameroonians were seized by "secessionist terrorists". It occurred in a restive English-speaking region where protesters say they are marginalised by the country's Francophone majority. The government said the seven Swiss and five Italians were on their way to a tourist site when they were abducted.

In recent months separatists in Cameroon's two mainly English-speaking areas - the North-West and South-West regions - have been demanding independence.

No group has come out to say it had carried out the abduction but it comes a month after a Tunisian engineer was killed by his captors in the same region, the BBC's Africa Security Correspondent Tomi Oladipo reports.

However, a group linked to the main Anglophone secessionist group - the Ambazonian Defence Force (ADF), which has been battling security forces, has denied that it had taken part in the abduction, news agency Reuters reports.

The recent unrest in the English-speaking region sprang from months of clashes between residents and security forces over what residents say is marginalisation by the French majority.

Educators and lawyers in the English-speaking regions have been opposed to the employment of teachers who only speak French in technical schools. Lawyers are also opposed to the use of French in court sessions.

President Paul Biya's hard stance has been met by calls for secessions with proponents calling for the creation of an independent state called Ambazonia.

Cameroon was colonised by Germany and then split into British and French areas after World War One.