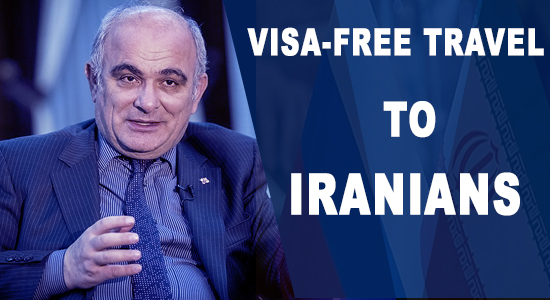 Russian ambassador to Iran, Levan Jagarian, said Iranian citizens will be able to take a visa free trip to Russia in the next two or three months.

Jagarian told Tasnim news agency on Monday that based on the agreement that has been reached with Iran's Foreign Ministry officials, Iranian individuals will be able to visit Russia visa free, according to the report.

Under an earlier agreement, Iranian tourists, in groups of five to 50 people, could travel to Russia without an entry visa for up to 15 days.

In November 2015, Iran and Russia clinched an agreement on the ease of visa requirement. The accord took effect in February 2016.