A senior official of al-Qaeda's North Africa wing Bah ag Moussa, has been killed by French forces during an operation in northeastern Mali on Friday.

Armed Forces Minister Florence Parly disclosed the above in a tweet: "I congratulate our soldiers for this success which deprives Iyad Ag Ghaly of one of his main assistants. Their commitment, their courage and their selflessness make us strong and proud." 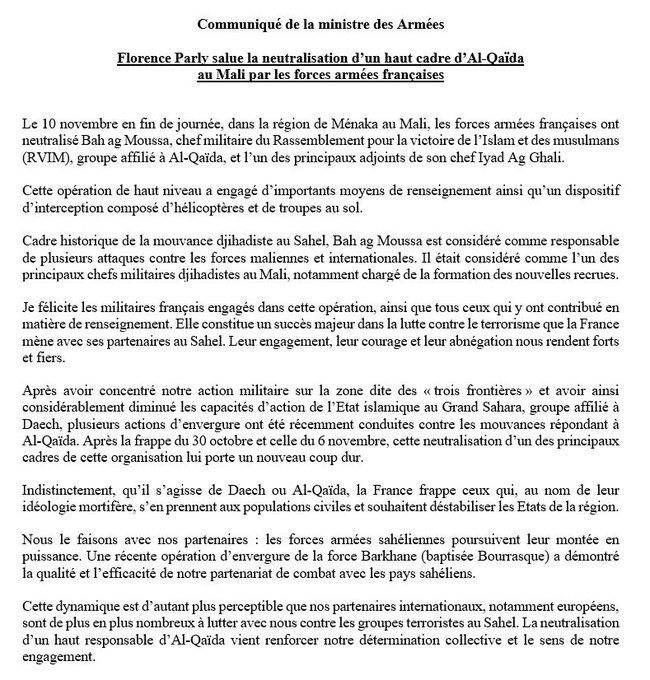 "This is a major success in the fight against terrorism," Parly added.

Former colonial power France has more than 5,100 personnel spread across the region with a large portion in Mali operating against rising militancy.