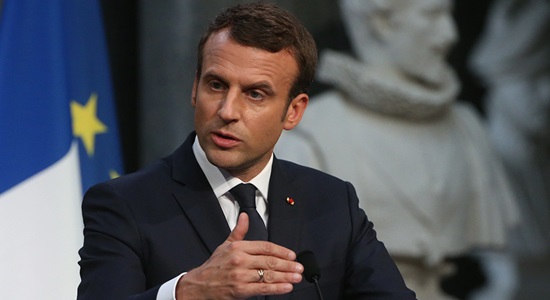 The announcement by President Emmanuel Macron restricting unvaccinated persons from accessing public places, mandatory tests on entry to restaurants, as well as ordering all French health care workers to get virus vaccine shots by Sept. 15 has sparked fierce criticism by some on social media, with the French word for dictatorship — #Dictature — trending on Twitter amid accusations the government has introduced mandatory vaccination by stealth. Macron announced in a televised address that from August anyone wanting to go out to eat or drink, take a long-distance train, or visit a shopping centre would need to show a “health pass”, which means either proof of vaccination or a negative test. Macron also mandated special COVID-19 passes for people going to a restaurant, shopping mall, or hospital or get on a train or plane. To get a pass, people must have proof they’re fully vaccinated, or recently recovered from the virus, or have taken a fresh negative virus test. “Get vaccinated!” was the president’s overall message. He also tweeted a GIF of himself repeating the same phrase.

He again urged all of his compatriots to get vaccinated as soon as possible, to fight resurgent infections that are threatening the country’s economic recovery.

However, some objected to the measures on the grounds that the health pass infringed on the personal liberty to choose to get vaccinated or not, while anti-vaxxers pushed conspiracy theories about the links between the government and pharmaceutical companies.

A tweet from Macron from December 2020 in which he said “the vaccine will not be obligatory” was also shared on social media.

French far-right leader Marine Le Pen criticised the government for making vaccinations mandatory for healthcare staff, who will not get paid after September 15 if they are not jabbed.

Jocelyn Bouyssy, the head of the CGR Cinemas group, told Franceinfo radio that he was “very angry” about the health pass which would be difficult to implement and dissuade people from going out to watch a film.

“We’re like lambs being led to the slaughter,” he said.

The number of new cases has been escalating sharply in France to more than 4,000 in recent days because of the more infectious Delta variant.

Around 35.5 million people, just over half of France’s population, have received at least one vaccine dose so far, but the rate of injections has slowed in recent weeks.

Free Covid tests will end in September “to encourage vaccination instead of taking many tests”, Macron added in the speech watched by 22 million people.

At the start of the pandemic, France had some of the highest levels of vaccine scepticism in the developed world.