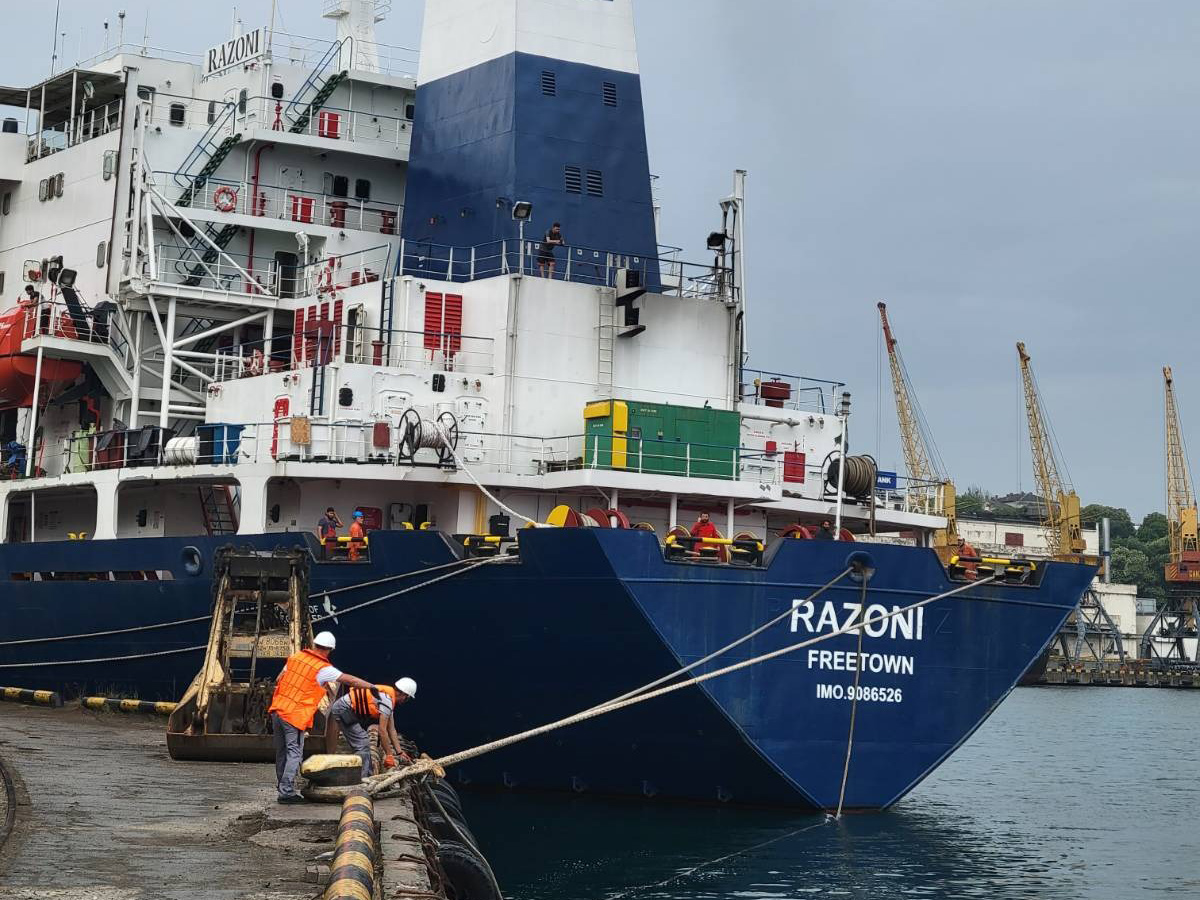 Turkish defence Ministry says the first shipment of Ukrainian grain has left Odesa port this morning in a deal to alleviate the global food crises following the Ukrainian invasion by Russia. The statement said, “The ship Razoni has left the port of Odesa bound for Tripoli in Lebanon. It is expected in Istanbul on August 2. It will then continue its journey after it has been inspected in Istanbul,” According to the report from the Ukrainian infrastructure Minister, Oleksandr Kubrakov, the vessel was carrying 26,000 tonnes of corn.

The consignment is expected to bathe at the Bosporus mouth by tomorrow midday according to an expert on ship navigation, Yoruk Isik, on the Bosporus strait in the region.

The Turkey Defence Minister explained that, while respecting the maritime formalities through the corridor and in line with the agreement reached with the Russian authorities on July 22, other convoys would follow.

The United Nations in support of the Turkish government brokered a deal between the Russian and the Ukrainian authorities on July 22 targeting at easing the global food crisis caused by the blockage of the Black sea grain delivery port.

Earlier, Turkey opened a special joint coordination centre in Istanbul last week to oversee the export being manned by both military and civilian staff from the two disputing parties and the officials from the UN and Turkey.

The official's main assignment involves monitoring of safe passage of the vessel through the designated routes and overseeing their inspection for a banned weapons on the way into and out of the Black sea.

The blockage of the Black sea port has virtually made the food prices across the globe very expensive, especially in the poorer nations.

According to a UN report, about 50 million people began to face “acute hunger” around the world following the war that broke out between the two countries.

According to the report, the price of wheat sharply dropped hours after the deal was signed.