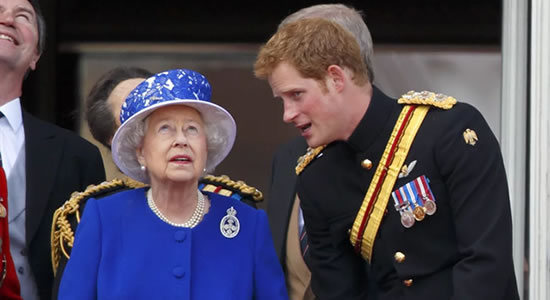 The entire United Kingdom has been thrown into deep concern as Queen Elizabeth II is placed under medical supervision at Balmoral after doctors became worried for her health, Buckingham Palace said on Thursday, as members of the royal family rushed to Scotland to the side of the 96-year-old monarch. All the Queen's children are travelling of gathering at her Scottish estate near Aberdeen. "Following further evaluation this morning, the Queen's doctors are concerned for Her Majesty's health and have recommended she remain under medical supervision," a statement said. The Queen is "comfortable", it added. Prince Charles, the heir to the throne, along with his wife, Camilla, and sister, Princess Anne, have travelled to be with the queen at Balmoral Castle, her summer residence in Scotland. Prince William, Charles’ eldest son, was among the royals en route to Balmoral, as were his brother, Prince Harry, and Harry’s wife, Meghan.

The Duke of Cambridge, the Duke of York, and the Earl and Countess of Wessex arrived at Aberdeen airport just before 16:00 BST.

On Tuesday, newly appointed UK Prime Minister Liz Truss had herself travelled to Balmoral to be appointed by the Queen, in a break with tradition as the monarch would have normally seen her in London. But the Queen had suffered from mobility issues recently and so the meeting was moved to Balmoral.

“The whole country will be deeply concerned by the news from Buckingham Palace,” said new British Prime Minister Liz Truss, who met with the Queen on Tuesday.

Commonwealth Secretary-General Patricia Scotland said in a Thursday statement that she is “deeply concerned” to hear about the concerns for the Queen’s health.

“On behalf of every nation and citizen of the Commonwealth family, I send my best wishes to Her Majesty and the Royal Family. She will remain in my prayers,” Scotland added in the tweet.

It is quite unusual for Buckingham Palace to put out a statement like this, it is usually unwilling to provide a commentary on the 96-year-old monarch's medical matters, which are seen as private.