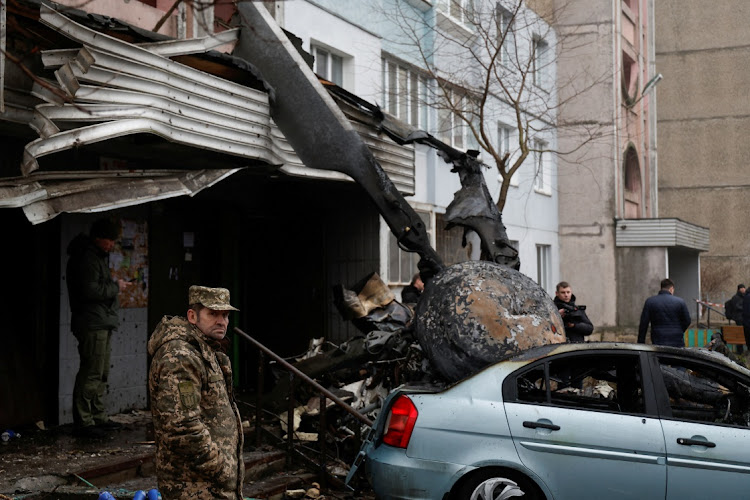 Three main figures in Ukraine’s interior ministry have been killed in a helicopter crash beside a nursery in an eastern suburb of the capital Kyiv. The interior minister, Denys Monastyrsky, other senior officials and three children were among those killed after the helicopter crashed into a kindergarten. A number of children at the school in Brovary were injured. All together about 15 people lost their lives. The 42-year-old interior minister was a prominent member of President Volodymy Zelensky's cabinet. He played a key role in updating the public on casualties caused by Russian missile strikes since Ukraine was invaded in February 2022.

Monastyrsky, who was responsible for the police and security inside Ukraine, is the highest profile Ukrainian casualty since the war began. The national police chief, Ihor Klymenko, said Monastyrsky had been killed along with his deputy and other senior ministry officials.

Videos of the crash shared on social media showed a burning building and people could be heard screaming. Several dead bodies draped in foil blankets lay in a courtyard near the damaged nursery and debris was scattered over a playground.

Nine of the people confirmed dead had been on board the helicopter, the police chief and emergency services said. Klymenko said the helicopter belonged to the State Emergency Service.

Meanwhile, a report indicates that the death toll might go up as rescue efforts is still ongoing.

Ukraine’s prosecutor general, Andriy Kostin, said on Telegram that the investigation is being carried out by the Security Service of Ukraine.