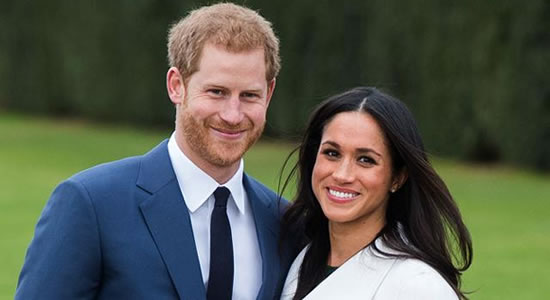 Prince Harry and Meghan Markle's wedding will be held on Saturday 19 May 2018, Kensington Palace has announced. The pair confirmed their engagement in November and said the service would be at St George's Chapel, Windsor Castle. The date breaks with tradition as royal weddings usually take place on a weekday - the Queen wed on a Thursday and the Duke of Cambridge on a Friday. The Royal Family will pay for the wedding, including the service, music, flowers and reception.

The event will take place just a month after the Duke and Duchess of Cambridge are expected to welcome their third child to the family.

Ms Markle will be baptised into the Church of England and confirmed before the wedding.

Earlier this week, Kensington Palace announced the couple will be spending Christmas together at Sandringham with the Queen.

He added: "Saturday 19 May promises to be a wonderful day with such a special royal occasion being followed by English football's showpiece event, the Emirates FA Cup Final.

"With millions coming together to watch both events at home and around the world, it will be a day to celebrate."