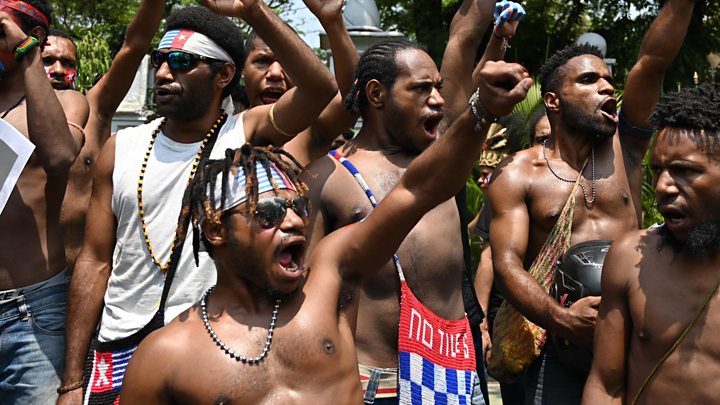 Following violent protest and burning of a building in eastern Papua, the Indonesian government has shut down the internet access in Papua in order to prevent inciteful posts that may further fuel violence among protesters.

During the week protest have broken out in a number of Papuan cities with violent confrontations between police and rioters. This was after dozens of students were arrested in what was perceived as racist discrimination.

According to Vanguard, the internet shutdown is aimed at averting racist comments and derogatory post against the Melanesian region.

Ferdinandus Setu, Communications Ministry Spokesman said “As of this morning, there is still a full block on internet access,”

“The amount of racist and provocative content online was very high… and it went viral.”

The protests have, however, continued near the Presidential Palace and also in Denpasar, Bali.

Meanwhile, about 1,200 police and military have been deployed to Papua.