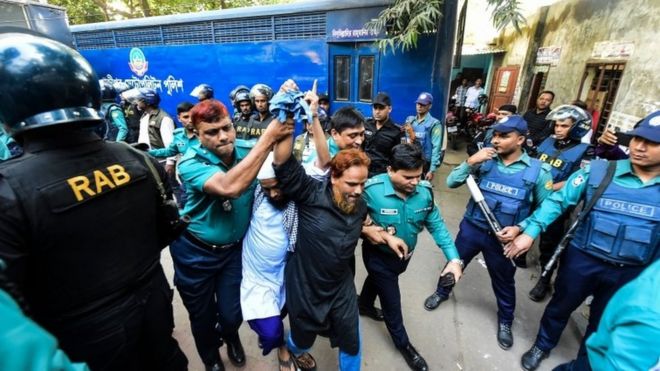 A special anti-terrorism tribunal has sentenced seven terrorists to death for their roles in an attack in the Bangladeshi capital Dhaka more than three years ago. According to official sources Wednesday,

the Court passed the judgement against the militants for carrying out a terrorist attack using firearms, murder and financing terrorism.

The attack carried out on a cafe in 2016 killed 20 civilians, including foreigners. Nine Italians, seven Japanese, one Indian, one US, and two Bangladeshi nationals were killed when the militants attacked the Holey Artisan Bakery.

Two police officers were also killed before the military stormed the scene and ended the siege.