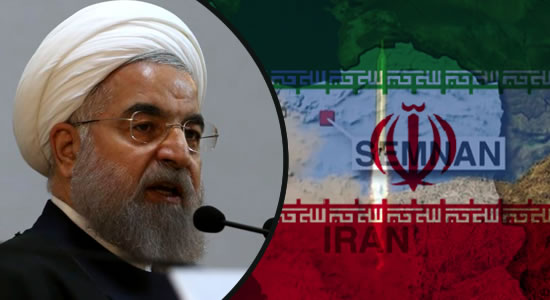 Hours after Iran attacked U.S. troops with missiles and a passenger plane carrying 176 people crashed after taking off from Tehran, a 4.9 magnitude earthquake struck about six miles southeast of Borazjan in Iran's south-west early on Wednesday, with a depth of six miles experts reported.

It was gathered that the location of the quake is about 30 miles from the nuclear power plant in Bushehr.

It is the second earthquake to hit the region in the last two weeks after a 5.1 magnitude earthquake hit the same area near the power plant on December 26th, 2019.

The incident is the latest in a dramatic series of events in the country after retaliatory missile strikes on Iraqi bases housing American troops, and a Ukraine-bound passenger plane crashing over Tehran all within the space of a few hours.

Reports in Ukraine said there were 73 Canadians and 71 Iranians on board as well as 15 Ukrainians, three Britons and several other Europeans.

Just hours before the crash, the US Federal Aviation Administration had banned US airlines from flying over Iran, Iraq and the waters of the Persian Gulf due to the Middle East crisis.

However, the Ukrainian embassy in Tehran reported that the crash had been caused by an engine failure rather than terrorism.

Iranian officials said the pilot had lost control of the Boeing jet after a fire struck one of the plane's engines, but said the crew had not reported an emergency and did not say what caused the fire.