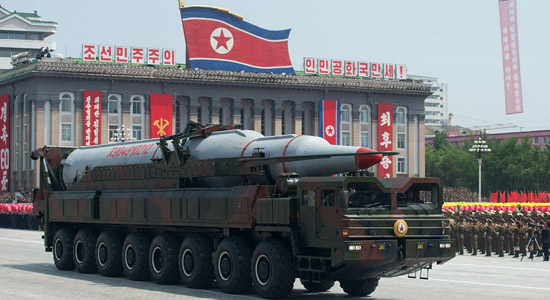 The United States, China, Japan and South Korea have all welcomed tough new UN sanctions against North Korea over its nuclear weapons and ballistic missile programmes. US Secretary of State Rex Tillerson on Sunday praised the approval of new UN sanctions agreed a day earlier, calling the move a "very good outcome."

China's Foreign Minister Wang Yi said the sanctions were the right response but repeated a call for dialogue.

Meanwhile, Japan said it was time to exert more "effective pressure" on Pyongyang rather than to pursue dialogue.

"Now is not the time for dialogue but the time to increase effective pressure on North Korea so that they will take concrete actions towards de-nuclearisation," deputy foreign ministry spokesman Toshihide Ando told a news conference in Manila.

Aljazeera reports that the diplomats are meeting in Manila, the Philippine capital, as foreign ministers from across Asia gather for a regional ASEAN summit.

Tillerson said he and his South Korean counterpart plan to discuss the sanctions during their meeting, along with next steps to pressure North Korea.

Washington wants eventually to talk to North Korea, Tillerson has said, but thinks such discussions would be futile if Pyongyang intends on maintaining its nuclear weapons.

The US secretary of state is also due to meet diplomats from China and other countries central to the North Korea debate.

Jean Lee, a fellow at the Wilson Centre, said it was "not the right time" for Tillerson to engage with his North Korean counterpart.

"The US and its allies will be looking for some proof and concrete steps taken by the North Korean side to show that they are willing to discuss a freeze or step back from the nuclear provocations before they even begin discussing engagement," she told Al Jazeera from Seoul, South Korea's capital.

US President Donald Trump on Saturday touted the new UN measures, saying they will have a "very big financial impact".

A few hours later, the US president commended the Security Council and said he appreciated the cooperation of China and Russia in passing the resolution, White House press secretary Sarah Huckabee Sanders said in a statement.