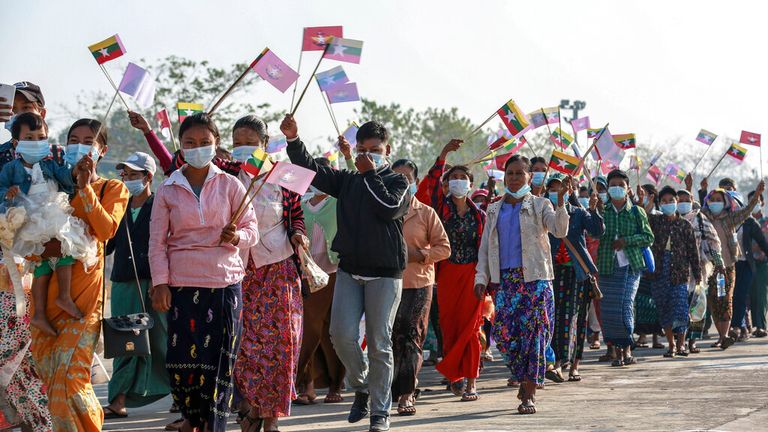 Myanmar's military rulers have shut down the country's internet as thousands of people joined the largest rally yet against Monday's coup. All mobile operators have temporarily shut down the data network in Myanmar. Voice and SMS services remain open. Ministry of Transport and Communications (MoTC) said in a statement. “In the directive, the MoTC cites legal basis in Myanmar’s Telecommunication Law, and references circulation of fake news, the stability of the nation and interest of the public as a basis for the order. Telenor Myanmar, as a local company, is bound by local law and needs to handle this irregular and difficult situation. We have employees on the ground and our first priority is to ensure their safety.”

Many internet users had evaded the restrictions on social media by using virtual private networks (VPNs) but the more general blackout severely disrupted that.

According to monitoring group NetBlocks Internet Observatory, a near-total internet blackout is in effect in Myanmar with connectivity falling to 16% of ordinary levels, said the.

Police with riot shields have barricaded the major roads into the city centre.

The military has not commented on the internet shutdown.