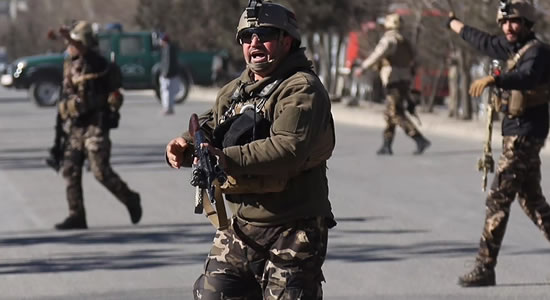 Taliban fighters have been reported to have seized control of key districts in western Afghanistan which includes border crossing with Iran, Tajikistan, Turkmenistan, China and Pakistan as foreign forces end their 20-year intervention.

Afghan security officials who made this disclosure stated that the armed group has continued its rapid military advances around the country and that the Islam Qala border crossing with Iran, located in Herat province, had fallen to the Taliban and some Afghan military, security forces and customs officials had fled across the border.

However, Tariq Arian, spokesman for the Afghan interior ministry, has debunked the reports and said the border crossing was still under the control of government forces. The ministry added that 69 Taliban fighters were killed in operations on the edge of Qala-e-Naw – the first major provincial capital entered by the fighters in their latest offensive.

In response, the Taliban stated that it holds more than 200 districts in 34 provinces comprising over half the country. Main cities remain under government control. Although, there has been Stop-start peace talks between the government and the group which has remained inconclusive. Taliban delegations visited Iran on Wednesday and were in Moscow on Thursday.