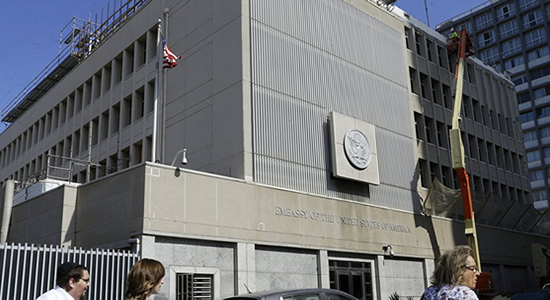 The United States President Donald Trump is set to slam a travel ban on more countries, possibly including Nigeria, the popular black nation. Politico reports that on Monday, 27th, January, 2019 President Trump is expected to make an announcement, exactly three years when Mr Trump signed the travel ban in 2017, a week he takes over power in the U.S.

President Trump had on Tuesday confirmed to wall street Journal in Davos that he will soon add additional countries into the travel ban list. Hogan Gidley, the White House Spokesman revealed that the travel ban has been profoundly successful in protecting the United State from the raising state of insecurity around the globe.

Gidley disclosed “While there are no new announcements at this time, common sense and national security both dictate that if a country wants to fully participate in U.S. immigration programs, they should also comply with all security and counter-terrorism measures — because we do not want to import terrorism or any other national security threat into the United States.”

The acting Homeland Security Secretary, Chad Wolf had last Friday confirmed that the U.S has being streamlining criteria for foreign government to address in helping in vetting foreign nationals who may wish to visit the United State.

He revealed while attending a function at the Homeland Group event, saying countries who lack either the will or capability to comply by such laws, travel restrictions may remain the only option to subject them to order so that the US government can curtail threat on its soil.