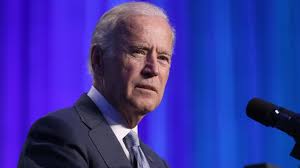 Joe Biden To Give 1st Foreign Policy Address As US President

U.S. President Joe Biden will visit the State Department on Thursday and deliver his first foreign policy speech as president. Biden has had an intense interest in U.S. foreign policy since he became a ranking member on the Senate Foreign Affairs Committee in the late 1990s.

He is expected to discuss how his administration will reclaim the U.S. role in the world and cooperate with allies following four tumultuous years under former U.S. President Donald Trump, who espoused a more isolationist ideology. White House Press Secretary Jen Psaki on Wednesday said that foreign policy is Biden’s “first love.

” However, his speech “will not be a laydown of his vision for every issue in every foreign policy issue,” she added. Ongoing tensions with Russia, the imprisonment of Russian opposition leader Alexei Navalny, competition with China, and the recent military coup in Myanmar are all expected to be high on the Biden administration’s foreign policy agenda