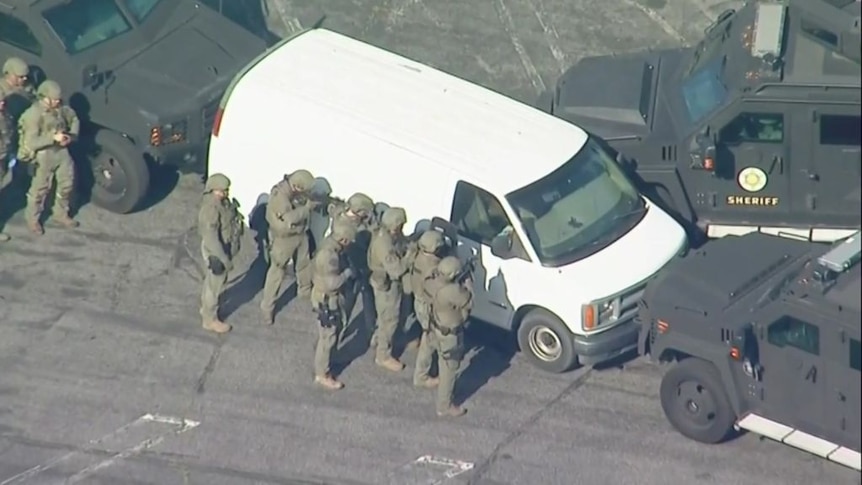 At least 10 persons have been killed by a dance club, in Monterey Park, Los Angeles, California in the United States on Saturday. The latest incident is been described to as one of the worst mass shooting in California after a 72-year-old gunman gunned down 5 men and 5 women in a Ball Room Dance floor while they were celebrating Chinese New Year. Ten others were injured. The area where the incident occurred is a predominantly Asian community on the outskirts of Los Angeles.

The suspect Huu Can Tran described by the police as an Asian man aged 72 fled the scene but about 14 hours later was believed to be held up in a white van surrounded by heavily armed officers.

In the aftermath of the shooting, the motive of the shooter, remained unclear, Los Angeles County Sheriff Robert Luna said. Tran, fatally shot himself as law enforcement officers closed in on him after a manhunt, authorities said.

The shooter is the oldest person accused of carrying out a mass shooting at a public venue in U.S. history, according to researchers who track assailant demographics.

The killings came shortly after the majority-Asian city’s Lunar New Year celebration and initially raised fears of a hate crime. Officials said they have not ruled out the possibility of such a motive but also said Tran was of Asian descent.

The sheriff said the pistol Tran used appeared to be illegal in California, where state laws ban any magazine holding more than 10 rounds.

After police say Tran carried out the shooting in Monterey Park at about 10 pm US time, he was confronted by bystanders at a second dance club in the neighbouring city of Alhambra about 20 minutes later, Luna said.