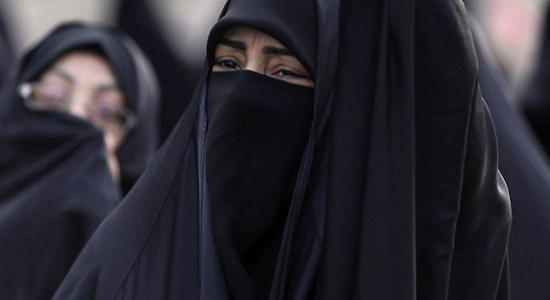 Fourteen Saudi men are facing execution any day now for allegedly staging protests in the kingdom. The men from the country’s Shiite minority, include a teenager who was arrested just before he was to board a flight to visit a U.S. college where he planned to study English and finance.

Saudi justice ministry officials said Thursday that they planned to issue a statement about the cases soon. Saudi officials have said previously through state-run media that the men staged attacks on checkpoints and patrols, killing several security force personnel.

The sentences are a sign of deepening tensions between Saudi Arabia’s Sunni elites and Shiite Muslims at home and in the region.

In neighbouring Yemen, the kingdom is engaged in a costly war against Shiite Houthi rebels said to be backed by Iran’s Shiite theocracy, the regional rival.

The Saudi-led campaign to isolate Qatar is partly over the Persian Gulf nation’s close ties with Iran.

At home, Shiites have long complained of discrimination. As the Arab Spring revolts erupted six years ago, thousands staged demonstrations mainly in eastern Saudi Arabia’s heavily Shiite populated regions to demand more rights and access to government services. But the kingdom’s rulers viewed the uprisings as a threat, accusing protesters of aligning with Iran.

In recent weeks, confrontations between Shiites and government forces in a restive eastern area have grown more violent.

The 14 men on death row have been charged with offenses related to attending demonstrations. They were sentenced by the Specialized Criminal Court which, according to the U.K.-based human rights group, Reprieve, “used confessions extracted through torture as the basis of convictions.”

For more than a decade, Saudi Arabia has been among the world’s top five countries for carrying out executions, mostly through beheadings and stonings.

More than 300 people have been executed in the past two years, say human rights activists. The death penalty is regularly imposed for nonviolent crimes, including drug possession and adultery.

Two weeks ago, the men were moved to the Saudi capital, Riyadh, a sign that their executions were nearing. At least one juvenile and several young protesters are among the group, according to Reprieve. They include Mujtaba’a al-Sweikat, who was arrested at an airport in December 2012 as he was leaving the country to visit the campus of Western Michigan University.

Sweikat, 17 at the time, was not given a reason for his arrest and has been in prison ever since. He was convicted without having access to legal representation, according to human rights activists.

In a July 22 statement, faculty and administrators of Western Michigan University said Sweikat was “subject to sleep deprivations, beatings, cigarette burns, solitary confinement and others forms of torture or suffering.”

He was sentenced to death “on the sole basis of a confession extracted by torture,” they added, citing the findings of the U.N. human rights office “President Donald J. Trump and other U.S. officials should be robust and vocal in defending freedom of expression the world over,” read the statement. “If U.S. citizens stay silent as another country attacks this freedom, we undermine the very foundations of democracy.”

Adam was arrested in March 2012 at a shop in the eastern town of Al Awamiyah. Police accused him of confronting them and took him to jail. He was 18 at the time and was tortured in the first three months in jail, said his mother, who answered questions via text messaging. She last spoke to him in June, during the Muslim holy fasting month of Ramadan.

Now, every day is consumed by one fear.

“The date of the execution is not known,” she said. “I call upon every influential person to save my son’s life.”