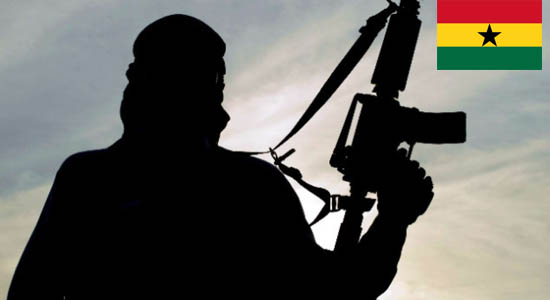 A security alert released by the UK government claiming Ghana faces an imminent terrorist attack has seated on the minds of Ghanaians.

On Thursday, August 3, the alert which came on their website stated, “terrorists are likely to try to carry out attacks in Ghana. While there have been no recent attacks in Ghana, terrorist groups in West Africa have demonstrated their capability and intent by mounting attacks in 2015 and 2016 in Côte d’Ivoire, Burkina Faso and Mali, targeting beach resorts, hotels, cafes and restaurants visited by foreigners”.

They advised all foreign nationals to always carry a copy of their passports and other documents on them whilst they keep the original somewhere safe.

“Also, for the safety of foreign nationals, a person must carry with him/her a photocopy of their passport at all times while the original document remains in a safe place,” they stated.

Also, the Canadian government on May 2017 also warned its citizens travelling to Ghana to be wary of an imminent terror attack on Ghana.

The notice said “There is a threat of terrorism. Terrorist targets could include shopping malls, government buildings, and public areas such as bars, restaurants, hotels and sites frequented by Westerners. Be aware of your surroundings in public places’’.

Moreover, the UK government in an article on the gov.uk website advising its citizens indicated that the Ghanaian local laws and customs must be respected by all foreign nationals so as to avoid any suspicion or misconduct from an individual especially with the way of dressing.

“Ghana is a conservative and deeply religious country. Although modern and progressive attitudes also prevail, you should show respect for traditional values and morals”.

“I think that it is important for the Ghanaian government to respond to this if there is a looming terrorist attack. If there is, are citizens being alerted and what is being done to ensure that we are safe,” Hon. Ablakwa said.

Security analyst David Agbe has urged security agencies in the country to endeavour to create preventive measures to anticipate any possible terrorist attack on the country.