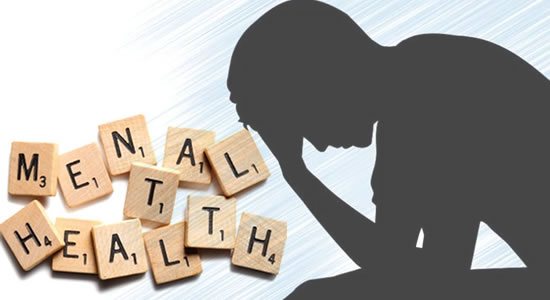 Nigeria has a serious deficit of mental health workers, with less than one competent psychiatrist to one million ratios of people in its about 200million population.

This is as the 2019 World Mental Health Day is being marked across the globe, with a focus on suicide cases Prevention.

Checks have it that Nigeria currently has about 200 psychiatrists to carter for a population of nearly 200 million, even as between 50 and 60 million people are presumed by experts to be suffering from one mental illness or the other.

Analysis of this figure indicated that there is one psychiatrist to one million Nigerians, with one out of four citizens reportedly suffering from mental challenges.

According to Dr. Dami Ajayi, a member of West African College of Psychiatry and an associate fellow of National Postgraduate Medical College of Nigeria, the figure means that mental health professionals are clustered mostly around the metropolis.

The few doctors who are working are not getting jobs created to fit within the tiers of clinical.

Commenting on the matter, Dr. Aishatu Yusha’u Armiya’u, a Consultant Forensic Psychiatrist at the Jos University Teaching Hospital (JUTH), highlighted that, “About half of this figure (psychiatrists) are mostly in the Southwest, leaving the rest of the country to share the other half.

As I am speaking to you, a lot of them have left the country,” she added.

She also opined that the increasing mental health cases and rising suicide rates in the country, this shortfall indicates that Dr. Armiya’u shuttles to states without resident psychiatrists to attend to patients.

She and her colleagues at the Jos University Teaching Hospital, JUTH, set up the Jos Suicide Prevention and Response Unit, which in the last three months rescued 30 persons from committing suicide in Jos alone.

She also emphasized that the focus on suicide prevention in this year as the theme of the World Mental Health Day is because “Every 40 second, someone dies from suicide.”

Nigeria is ranked 15th in the world by the World Health Organisation, WHO, in its 2016 suicide index, the most recent yet, with 17.3 cases in every 1,000 persons.

she added that most suicides are attempted by people between the ages of 15-49, those Dr. Armiya’u calls the Generation Z, who are more entrepreneurial, are single parents and are more used to social media and television, they have less social skills, have fake personalities on social media, and are exposed to cyberbullying.

Additionally, Dr. Taiwo Lateef Sheikh, President of the Association of Psychiatrists in Nigeria (APN) who also teaches at the Ahmadu Bello University (ABU), Zaria the loss of Nigeria’s psychiatrists is a source of worry.

He noted that the Mental Health and Substance Abuse Bill, which they have been trying to get signed into law could help stem this tide.