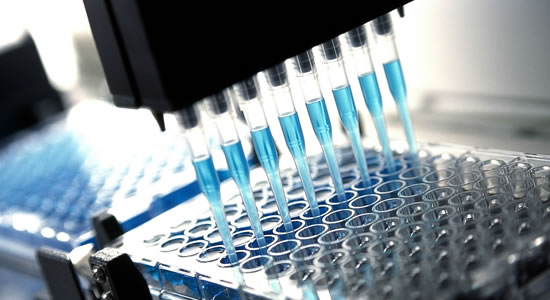 A group of microbiologists from various institutions across the federation have developed a COVID-19 vaccine which has passed animal trials and human trials an inch closer after being listed by the world health organization (WHO) as number 61 out of 185 vaccine candidates globally. The scientists consist of researchers from the Federal University, Oye-Ekiti, Ekiti State; Adeleke University, Ede, Osun State; Precious Cornerstone University, Ibadan, Oyo State; University of Ilorin, Kwara State; Ladoke Akintola University of Technology, Ogbomoso, Oyo State, and the Federal Teaching Hospital, Ido-Ekiti, Ekiti State.

Some of the team members led by Kolawole Oladipo (PhD) and Julius Oloke, a professor of Microbiology and Biotechnology, vice-chancellor of Precious Cornerstone University, had earlier produced an immune-boosting drug, Trino IB - a National Agency for Food and Drug Administration and Control (NAFDAC) approved drug used for the management of sickle cell, diabetes, fibroid, and other medical conditions.

Speaking on the vaccine production, Mr Oladipo, who holds a doctorate in medical virology, immunology, and bioinformatics, and also the head of the Department (HOD), Microbiology, Adeleke University, disclosed that the objective of the study is for the team to contribute to scientific efforts towards fighting the pandemic, and that “we also perceive that there will be variants and the effectiveness of vaccines will vary.”

The vaccine which is a Protein Subunit vaccine has been endorsed by the World Health Organisation (WHO) which has announced the initiative on its list of vaccine candidates in the preclinical stage. Subunit vaccines (sometimes called acellular vaccines) contain purified pieces of pathogens, which have been specially selected for their ability to stimulate immune cells. Subunit vaccines are considered safe because they contain fragments of the pathogen that are incapable of causing disease.

Mojirayo Adeyeye, the director-general of NAFDAC, when quizzed about the vaccine research efforts in the country, she stated that “NAFDAC is aware of some R&D on vaccines going on in some institutions in Nigeria. However, NAFDAC is not supporting these efforts now.” She added that “Nigeria has the capacity to manufacture vaccines in the country, if we put the interest of the country first,” although local production of vaccines will reduce vaccine hesitancy, some Nigerians will still be uncomfortable because it is made in Nigeria.