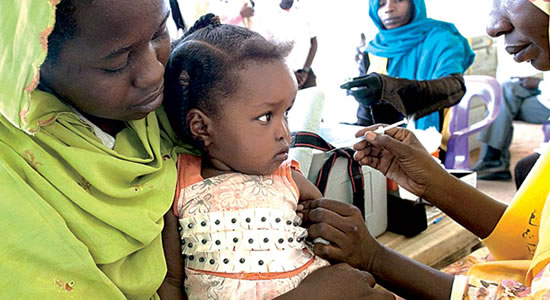 It is not yet over in Bauchi State as a disease suspected to be Yellow fever was reported to have killed 10 persons in different villages of Ningi Local Government Area of Bauchi State.

Currently, two health workers working at Tipchi village Primary Health Care Centre, have been infected with the disease which affected communities of Tipchi, Deru, Sabon Gari, Tudun Wada and Barawo, all in Burra District of Ningi Local Government Area of the State.

According to one of the affected health workers at the Tipchi Primary Health Care Centre, who pleaded for anonymity, himself and one other female worker are down with a high fever, resulting from contact with yellow fever patients.

He disclosed that the outbreak started almost four weeks ago and the centre reported the issue to the Local Government primary health care department.

In his words “We reported the matter to the immediate past Director of primary health care in the Local Government.

Maybe the recent suspension of Directors of primary healthcare in the State delayed Government intervention.

We have received more than 20 patients with suspected cases of Yellow fever recently and the majority of them come with the same symptoms; high fever, yellowish eyes and severe abdominal pains.

It was gathered that, because of their condition and the number of cases recorded, the patients are immediately referred to the General Hospital and after one or two days you hear that the patient is dead.

Corroborating the sad development, a community leader in Tipchi village, Ilya Muhammed, informed that about ten persons died of the disease in Tipchi and neighbouring villages.

Adding that, “We suspect that the disease killing our people is Yellow fever because most of the victims have similar symptoms; including high fever, severe abdominal pain, dizziness, yellowish eyes and persistent vomiting usually with blood.”

He appealed to the State Government and other relevant agencies to send a team of experts to ascertain the nature of the disease for prompt intervention so as to curtail the number of casualties.

It can be recalled that in the month of September spanning through October 2019, about 22 persons died of Yellow fever in Alkaleri LGA of the same Bauchi State.