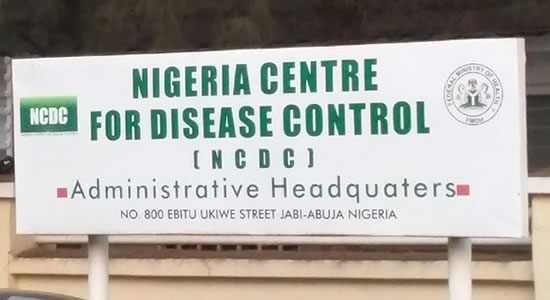 Following the daily records of Covid-19 cases that have been diminishing for a while, Nigeria as of Thursday recorded 62 new cases in 10 states.

Thus bringing the total number of the infection in the country to 165, 055 as revealed by the Nigeria Centre for Disease Control on Thursday night.

No death was recorded from the virus which has already claimed 2,063 lives in the country according to the update.

In the last 16 days, the number of death from the virus has been on decreasing with just two death recorded.

Breakdown data revealed that 20 persons were discharged on Thursday after testing negative to the virus, bringing the total number of discharged persons after treatment to 155,041.