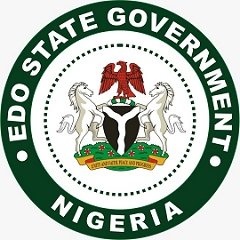 Edo State Government said from next week, the state government will restrict unvaccinated Medical doctors, teachers from having access to their patients, students respectively. The Permanent Secretary, State Ministry of Health, Dr. Osamwonyi Irowa made this known during the covid-19 briefing in Benin City, the state capital, saying that Teachers and Doctors who are yet to be vaccinated would not be allowed to see their students and patients respectively. Recall the Federal High Court sitting in Port Harcourt on 31st August 2021 gave an order restraining the Edo state government from compelling its residents to take the COVID-19 vaccine. Governor Obaseki had last two weeks publicly declared that all residents of Edo state who did not receive coronavirus vaccine would not be allowed to access any public place within Edo state. His declaration was greeted with public backlash that made some interested parties approach the Federal High Court sitting in Port Harcourt praying Obaseki pronouncement was against their fundamental human Right. The court on 31st August ruled that Governor Obaseki has no right to compel people to accept Covid-19 vaccine.

The Permanent Secretary added that public servants who are yet to be vaccinated would not be allowed to access their various offices.

Dr. Irowa claimed that their action was to arrest the surge in the pandemic spread which he revealed the state recorded about 49 cases and three deaths within 24hrs from the state bringing the death toll to 33.

He said the state government is worried over the nonchalant behaviour being displayed by the public over the covid-19 protocol.

In his statement, “Government has reached a decision that unvaccinated persons will not access banks, worship and event centres, it will expire middle of this month.

“So, teachers would not be allowed to enter schools’ premises because we don’t want our children to be infected.

“Doctors, nurses and other health workers will not be allowed to attend to patients and likewise other civil servants and those coming to do business in government’s offices across the state”

He disclosed that so far the state has vaccinated about 93,000 persons in the state representing only 2% of the total population of the state.

He explained that the state government target is to vaccinate 10%, then gradually move to 40% by the end of the year.

Meanwhile, he encouraged the residents to go for the vaccine and also adhere to the covid-19 protocol to assist the government in reducing the unnecessary cost and reduced mortality rate.